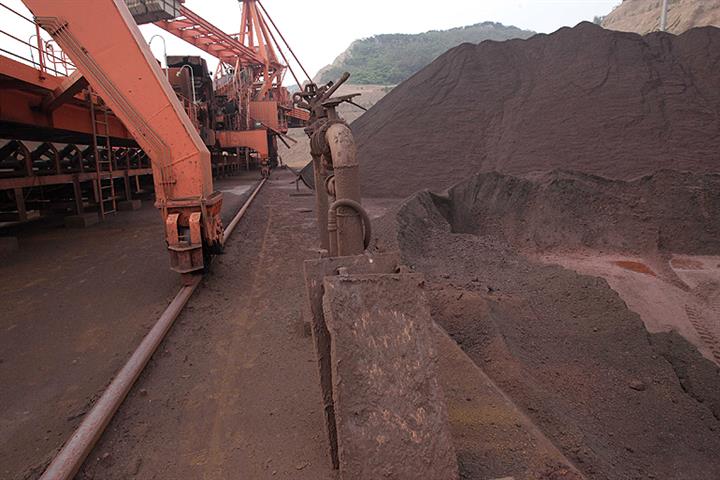 The price of Australian fine ore was CNY910 (USD131) per ton in Qingdao Port and that of Brazilian fine ore in Rizhao Port was CNY973 per ton by Aug. 14, according to data from bulk commodity e-commerce platform Xiben New Line Stock. These prices have jumped 7 percent and 6 percent, respectively, since the start of the month, both new highs since February 2014.

On the domestic futures market, the main iron ore contract closed at CNY838.5 per ton on Aug. 14 for a cumulative 11.28 percent rise this month.

The jump in iron ore prices since this month is mainly driven by three factors, the report cited He Hangsheng, editor-in-chief of leading China commodities data, spot prices and futures price provider SunSirs’ Iron and Steel section as saying. First, the operating rate of downstream steel mills’ blast furnaces has recently continued its rebound even as demand for iron ore has steadily grown, thus pushing up spot prices. Second, iron ore futures have performed strongly and the market is bullish, further supporting price rises. Third, the decline in the iron ore’s port inventories has also helped to boost them.

On the supply side, the continued growth of iron ore prices does not stem from an insufficient supply. Total ferrous ore imports in the first seven months were about 66 million tons in 11.8 percent growth over last year, according to data from the General Administration of Customs.

On the demand side, “Though the profits of downstream steel companies are at a low level, their willingness to cut production will be greatly reduced as long as they can maintain profits. In the context of overcapacity of steel, steel companies can only boost revenue by increasing production, and they may face the risk of losing their market share when they halt or reduce production,” said Wang Junwei, an iron ore analyst at commodity information service firm Sublime China Information.

Limited room for a large rise in prices may be looming, some insiders said. “Though the current iron ore inventory increase in domestic ports is not obvious, the number of ships awaiting unloading is rising. Actual inventory may be relatively large, which will negatively affect the later price trend,” said Xu Cuiyun, a steel analyst at integrated commodity trading service provider JLC.