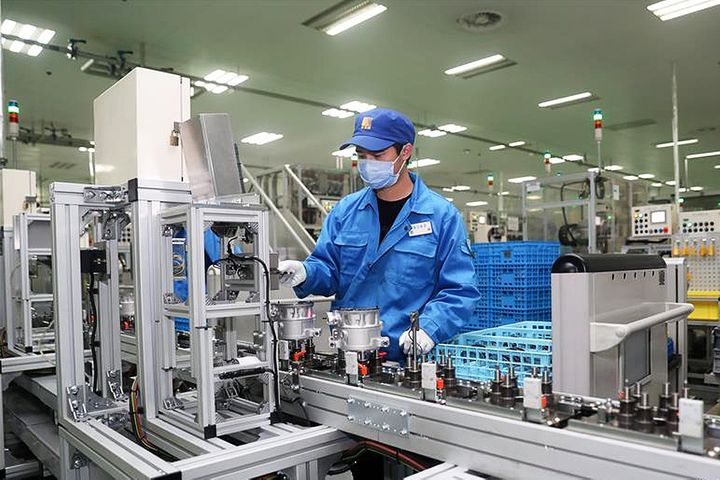 Is China Back at Work? What Do the Traffic Data Say?

(Yicai Global) March 13 -- I love Big Data. The process of digitization has given us a host of new information. These data can reveal hidden patterns and give us new perspectives on how we collectively behave.

I have been following the traffic congestion data collected by Amap (known locally as Gaode, NASDAQ: AMAP), a Chinese mapping, navigation and location-based service provider. I want to use these data to get a sense of how quickly things are returning to normal following the dislocation caused by the coronavirus.

I have long used the Gaode mapping app on my phone to get me where I need to go. It is accurate and user friendly. In addition to making sure I don't get lost, Gaode also creates traffic congestion indices for a large number of Chinese cities. Theseindicestell us how much longer it takes to travel during the rush hour peak, compared with times when traffic is flowing smoothly.

The graph below shows Gaode's indices for the 30 largest Chinese mainland cities by municipal GDP. Last year, the average weekday index reading for these cities was 1.57, which means that it took 57 percent longer to travel during rush hour, compared to off-peak hours. The reading for Yantai, which is Shandong province's largest fishing seaport and produces some of China's tastiest apples, was right on the 30-city average.

I want a single indicator of how rapid the recovery has been across all 30 major cities as a proxy for the country as a whole. To come up with this indicator, I calculate the daily, year-over-year percent change for each city's index. I then take a weighted average of the percent changes, using municipal GDPsfor weights. This calculation favours the large, Tier 1 cities (Shanghai, Beijing, Shenzhen and Guangzhou).

In the graph below, I plot the weighted average changes, on a daily basis, from Monday, January 27 which I compare with Monday, February 4, 2019 to adjust for the timing of the Chinese New Year. I exclude weekends. At its trough on February 21, peak traffic was down 33 percent from last year. Since then, volumes have slowly recovered and on March 6, they were "only" down 23 percent. Note that peak traffic seems to drop on Fridays, which are indicated with dots. This could reflect an increase in work from home, or people knocking off early, in advance of the weekend, and avoiding the rush.

Compared to last year, peak traffic in the 30 cities was down 20 percent, on a weighted average basis, during the week March 2-8. However, there has been considerable variation across the country in the rate at which things are getting back to normal.

In the graph below, I plot each city's year-over-year change in peak traffic for the week of March 2-8. I also include that city's economic weight (its municipal GDP as a share of the 30-city total). As you might expect, peak traffic flows are still far below last year in Wuhan (-38percent). However, the situation is quite a bit better in Hangzhou (-11 percent), Nantong and Ningbo (both -14 percent).

The partial recovery illustrated by the traffic data is consistent with what I see in my corner of Shanghai's Tangqiao area: commercial activity is recovering day-by-day, but it is not yet business as usual. The local fruit dealer, with its staff from Anhui province, never shut down for Chinese New Year and has remained open. In contrast, the stationary store across the street, where I buy school supplies for my daughter, closed for the holiday and still hasn't reopened. My daughter's elementary school is also closed. Now she learns via specially prepared TV programs. Thankfully, the couple who bake delicious, sesame-covered shaobing – a flatbread that comes in sweet or salty varieties – has returned. And, once again, I am able to buy bubble tea at the Yi Diandian just down the road. Indeed, I too am working from home – I only expect to be in the office in early April – and I enjoy treating myself.

Economic activity should continue to improve in the weeks to come. Outside of Hubei province, there are very few new cases of the virus and more than 90 percent of those who contracted the disease have been cured. In response, provincial authorities have been reducing their emergency alert levels. Last week, eight provinces went from Extremely Serious (Level I) to Serious (Level II) and another nine from Extremely Serious to Enhanced (Level III). With sustained progress in combatting the virus, alerts will fall to Normal (Level IV), more businesses will reopen, and the traffic jams will be just like what we were used to in 2019. To gauge just how fast the economy is returning to normal, Gaode's traffic congestion indices are one set of indicators we will be watching closely.