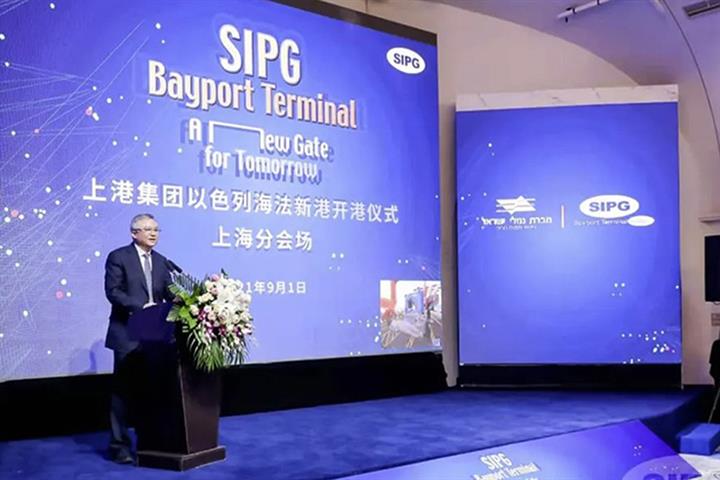 (Yicai Global) Sept. 3 -- Operations have begun at a new automated container port built and run by Shanghai International Port Group in Haifa, Israel. It is the country’s first new port in 60 years.

The Bay Port’s inauguration ceremony was held on Sept. 1, the Chinese state-owned terminal operator said yesterday. With advanced technologies, it is expected to give a boost to Israel’s port industry in terms of automation, operational efficiency, energy conservation, environmental protection and customer service.

Located on Israel’s northern coastline, Haifa Port is the country’s logistics and industrial center, as well as one of the main railway hubs along the Mediterranean Sea. It occupies a strategic position on the international shipping map, and along the Belt and Road route.

Before completion of the new Bay Port, Haifa could handle about 1.5 million containers every year, according to its website.

SIPG won the tender in 2015 to operate the Bay Port for 25 years, and began construction work in 2018. The port was built in two phases, capable of handling an annual 1.1 million and 800,000 containers respectively, and with shoreline length terminals of 806 meters and 716 meters.