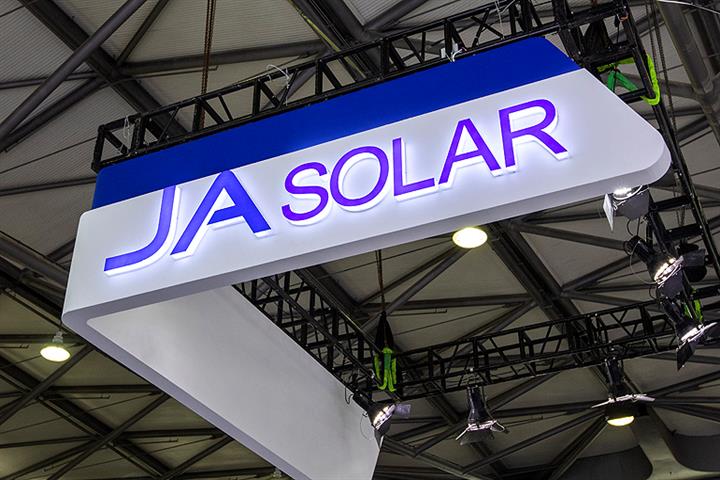 (Yicai Global) Nov. 9 -- JA Solar Technology's shares plunged by the exchange-imposed limit today on the news that the chairman of the world’s fourth largest solar panel supplier has been taken into custody and is under investigation.

Jin Baofang, who is also actual controller and general manager of the company, has been arrested, JA Solar said yesterday, citing the supervisory commission of Pingdu city, northeastern Shandong province.

No reasons were given for the probe, but earlier today JA Solar said that an internal investigation had not uncovered any instances of financial fraud, embezzlement by major shareholders or other acts that could harm the interest of shareholders. Its words, however, did little to placate investors.

Since returning to the mainland stock market last year after delisting from the Nasdaq in 2017, JA Solar has announced a CNY10.4 billion (USD1.6 billion) spending plan, its biggest ever, on new manufacturing bases to expand its output of silicon wafers, batteries and components.