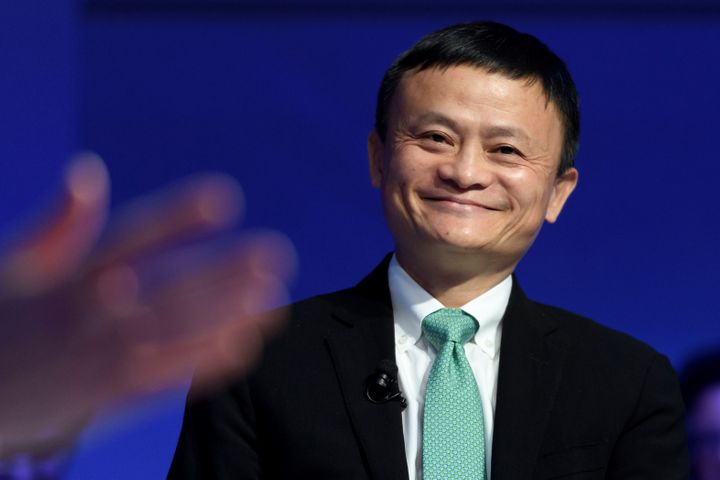 Jack Ma Can Retire With Confidence… But Will He?

(Yicai Global) Sept. 11 -- Given Jack Ma's proactive personality, Alibaba's sustainable succession plan, and well-developed organizational culture and values, it is not surprising that Jack Ma is retiring, and he can do so with great confidence.

Alibaba has set a good example for Chinese companies that often confront a succession dilemma. Unlike Richard Liu of JD.com or Ren Zhengfei of Huawei, Jack Ma has been preparing for the day when he is no longer at the helm. In 2003, cultivating management teams was introduced as an important KPI for individuals in management positions at Alibaba. Building on this initiative, the "Alibaba Partnership" was established in 2009and is now a 36-member committee of relatively young managers (mostly born during the 1970s)who can make strategic decisions for Alibaba without Jack Ma. Additionally, Alibaba has handed over major leadership roles to Daniel Zhang (CEO of Alibaba) and Eric Jing (CEO of Ant Financial) during the past five years. This timeline illustratesJack Ma's long preparation for a smooth transition to a sustainable management team and thus diminishes the surprise now that he has announced his retirement.

As a typical visionary leader, Jack Ma has established a lasting organizational culture (i.e., championing small business) and values (i.e., customer first, teamwork, embrace change, integrity, passion, and commitment).These are included in employees' performance evaluations. During my company visit to Alibaba, Zhang Hua, who is the investment director of Alibaba and has been with the company for18 years, said, "Alibaba cannot be successful without its well-developed organizational culture and values."

Some have questioned why Jack Ma has given himself one more year on the job. I think it is a wise decision to wait a year to retire. First, the timing is good: next year will be the 10-year anniversary of the establishment of the "Alibaba Partnership" and Alibaba's 20-year anniversary. Second, a gradual retirement is beneficial for the organization. According to research by Langowitz and Allen, having a founder leave gradually will have a smaller negative effect than a sudden exit. The desire to minimize the adverse impact of his departure is consistent with the succession plan that Jack Ma has been building toward over the past decade.

The announcement is also good timing financially; the company is doing well. Alibaba's tax bill exceeds RMB1 billion per day and the company has created over 36,000,000 jobs. Its market value is now over RMB3 billion with very good financial performance. Given the strong position of Alibaba now and for the foreseeable future, I think the main reason Jack Ma is retiring is to fulfill his aspiration of being an influential mentor for business leaders and young people. Retiring from Alibaba allows him to retain his influence within the company as well as exert influence beyond Alibaba. After he resigned from the CEO position in 2013, he focused on three areas: environmental protection, philanthropy, and education. These areas have allowed him to fulfill a bigger mission. Now that he will take yet another step back from the day-to-day running of the company he founded, it remains to be seen what Jack Ma will do next.

He is not the only one in the spotlight. Also caught in the glare isDaniel Zhang, his handpicked successor. What do we know about Zhang? He was CFO of Taobao Marketplace. He majored in Finance and is business focused. Unlike Jack Ma who is charismatic and vivid, he is known to be logical and cautious. After he became CEO in 2015, the stock price increased significantly until Alibaba became the most valuable publicly traded Asian company. He has also established a new online-to-offline retail strategy that is likely to continue into the future. We would not expect many dramatic changes, corresponding to a more rigid and cautious leadership style.

Given that Alibaba has a strong organisational culture and a sustainable succession plan, the market and organisation have been expecting his retirement and Daniel Zhang is not an "unknown entity",it is less likely that Jack Ma's retirement will have significant negative consequences. In fact, his retirement may have a positive influence on Alibaba in the following ways: first, his focus on environmental protection, philanthropy, and education can enhance Alibaba's positive image. Second, it allows him to step back and see the Alibaba group from a distance. This metacognition defined as the ability to take a step back to observe at a distance what is happening around the person is a key aspect of mindful leadership. This allows him to have a better vision for Alibaba's future strategy.

However, Jack Ma may experience "the return of Steve Jobs" phenomenon. Many other founders such as Michael Dell, Larry Page, Zhang Chaoyang, and Li Yanhong have returned to rescue their organisations when the company experiences a crisis. As finance research has shown, compared to professional managers, founder-CEOs have a positive effect on firm performance because they care more about their firms and have a longer investment horizon (Villalonga and Amit, 2005). It is possible that Jack Ma may return in the future if Alibaba needs him.

The author is lecturer of Management at CEIBS