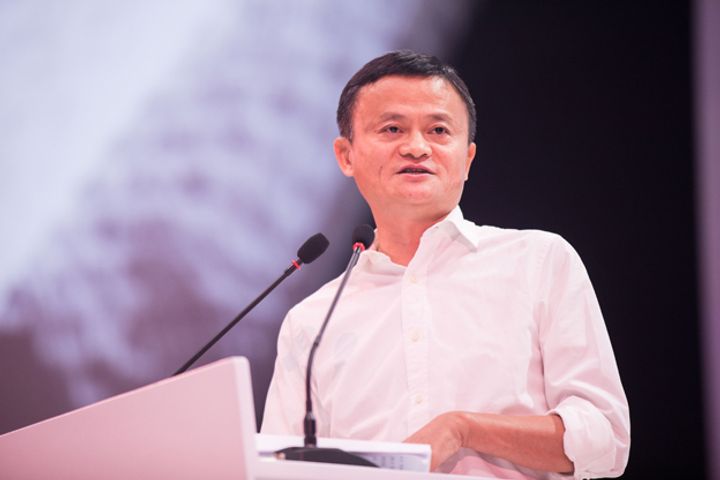 (Yicai Global) Oct. 25 --  Jack Ma, the co-founder and Executive Chairman of tech giant Alibaba Group Holding, has regained his position as the richest man in China.

Despite a drop of USD4 billion in Ma's wealth, he tops the 2018 China Rich List which business news outlet Forbes released today. Hangzhou's tech entrepreneur rose to the highest rank last time in 2014.

A bear market in stocks and weakening of the Chinese yuan against the US dollar have the reduced the fortunes of over three-quarters of the top 400 individuals since last year's ranking. "The world has come to associate China with wealth creation, and it is startling to see the extent of wealth destruction this year," said Russell Flannery, Forbes China's editor-in-chief. "China's economy is more globalized than ever, and changes in the international landscape and business expectations had a big impact on the list."

Ma Huateng, who chairs another tech behemoth Tencent Holdings, kept his second position with a USD32.8 billion net worth. His fortune has shrunk USD6.2 billion from 2017.

Last year's winner, Hui Ka Yan, who is property developer Evergrande's chairman, has dropped to the third place. Hui's net worth is USD30.8 billion with an annual decrease of 28 percent. Thus, the real estate billionaire whose net worth decreased by USD11.7 billion in US dollar terms became this year's biggest loser.

A stock sell-off attributed to the decline of Richard Liu, the founder of e-commerce company JD.Com, on the list. Liu's net worth slumped 34 percent to USD6.2 billion, which made him rank 30th. His company lost half its value since the share price peak in January and the price has plunged by one-fourth since the end of August.

The other one was Colin Huang, the founder of bulk-buy shopping site Pinduoduo, who was among the 12 tech newcomers. Huang's net worth of USD11.25 billion got him the 12th rank. Pinduoduo went public on the Nasdaq in July.

Participants from China's manufacturing industry fell to 72 people from 79 in 2017. Their average net worth slipped down to USD1.8 billion from last year's USD2.1 billion.