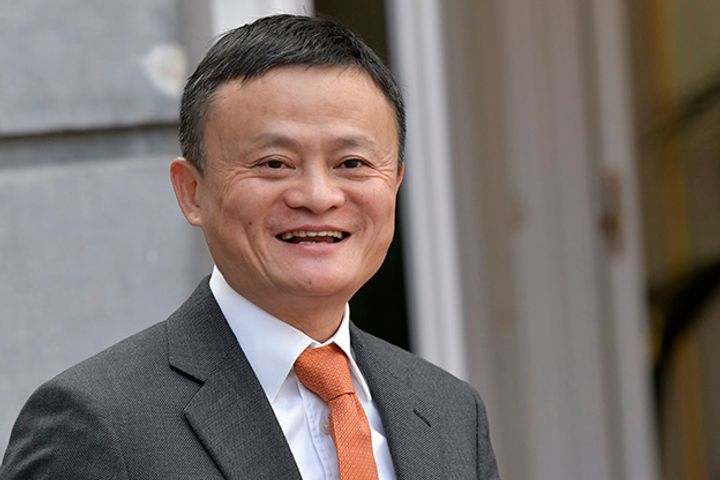 Jack Ma to End Tenure as Alibaba Executive Chairman in a Year, Go Back to Teaching

(Yicai Global) Sept. 10 -- Jack Ma has announced his intention to step down as executive chairman of Alibaba Group Holding in 12 months, when he will hand the reins of the Chinese e-commerce giant he founded almost two decades ago to Chief Executive Daniel Zhang.

"One year from today on September 10, 2019 which also falls on Alibaba's 20th anniversary, Group CEO Daniel Zhang will succeed me as chairman of the board of Alibaba Group," Ma said in an open letter Alibaba published today. "I will work closely with Daniel to ensure a smooth and successful transition. Thereafter, I will stay on the Alibaba board of directors until our annual shareholders meeting in 2020."

Speculation started to swirl at the end of last week that Ma, a 54-year-old former English teacher, would quit the multi-billion-dollar company today, which is Teacher's Day in China and his birthday, after a Sept. 7 interview with The New York Times was widely misinterpreted. Hangzhou-based Alibaba clarified with Yicai Global on Sept. 8 that Ma would reveal his succession plan this week rather than 'step down' or 'retire.'

Ma said the plan has been in the works for 10 years and shows his confidence in Alibaba's corporate culture and talent. "This transition demonstrates that Alibaba has stepped up to the next level of corporate governance from a company that relies on individuals, to one built on systems of organizational excellence and a culture of talent development," he said.

While Ma and Alibaba's 17 other co-founders aimed to make China and the world proud of a company that could span three centuries, they were under no illusions that any one individual would be around that long, he added.

"No company can rely solely on its founders," Ma said. "A sustainable Alibaba would have to be built on sound governance, culture-centric philosophy, and consistency in developing talent."

A multitude of Alibaba businesses are already led by senior managers, including CEO Zhang, whom Ma said "has demonstrated his superb talent, business acumen and determined leadership."

Ma also spoke about the responsibility of a mentor. "Teachers always want their students to exceed them, so the responsible thing to do for me and the company to do is to let younger, more talented people take over in leadership roles so that they inherit our mission 'to make it easy to do business anywhere.'"

As for his future plans, Ma mentioned trying new paths related to education. "I also want to return to education, which excites me with so much blessing because this is what I love to do. The world is big, and I am still young, so I want to try new things – because what if new dreams can be realized?!"

Ma ended his letter in Yoda-esque style: "The one thing I can promise everyone is this: Alibaba was never about Jack Ma, but Jack Ma will forever belong to Alibaba."

Today's statement added that Ma will remain a lifetime partner in the Alibaba Partnership and is a member of its partnership committee, which means he will always have a say in deciding who gets to become a board director. He has a stake of about 6 percent in Alibaba and controls its affiliate Ant Financial Services Group, which plans to go public as soon as this year.

Despite lifting the lid on his succession plans, Ma is still busy with business engagements. On the day of The New York Times report, he led a team to renowned rice wine distiller Kweichow Moutai Group, based in China's southwest mountainous Guizhou province, to seal a big data partnership.

He is scheduled to visit Russia this week to initiate cooperation with internet firm Mail.Ru, owned by Russian billionaire Alisher Usmanov and sovereign wealth fund Russian Direct Investment Fund. After that, Ma will travel to South Africa to set up a digital training center to support entrepreneurial efforts among the local youth.