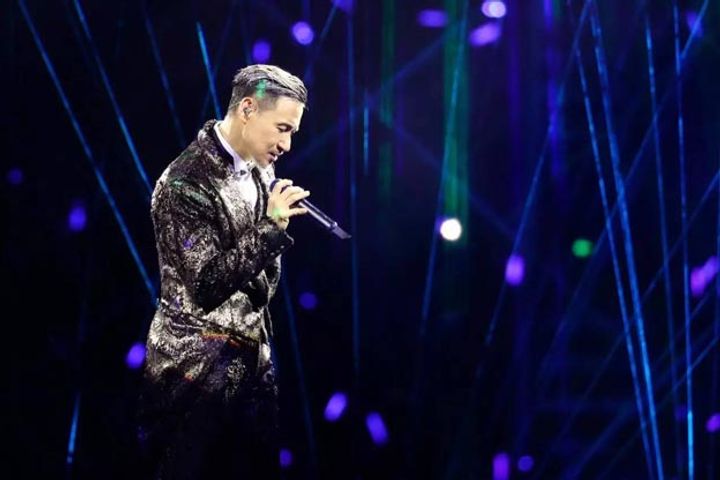 (Yicai Global) June 13 -- Popular Hong Kong singer Jacky Cheung recently held four tour concerts in the Chinese mainland, attracting a large number of fans to the concert venues including five fugitives who were detained by the police thanks to face-recognition technology and stricter security measures.

Jacky Cheung held four tour concerts in Nanchang and Ganzhou in the southeastern Jiangxi province, and Jiaxing and Jinhua in the eastern Zhejiang province from April 7 to June 9. In each of the first three concerts, police detained one fugitive and another two were captured at the concert in Jinhua, online news outlet The Paper reported.

"Minutes after each fugitive passed through the security checkpoints, the system issued a warning and identified the persons as wanted by police," said Shen Yueguang, a director at the technology and data service center of the public security bureau of Nanhu district, Jiaxing.

Compared with security checkpoints at airports and railway stations where facial recognition systems are also installed, criminals are less vigilant about security measures at concerts. These fugitives went to the concerts to see their idol or benefit from the events through illegal means such as reselling overpriced tickets, unaware of high-security measures.

"Facial recognition systems used in concerts don't have sophisticated technical requirements but they are not perfect and they can only detect local or main fugitives, as information of criminals needs to be registered online first," said an unidentified person from CloudWalk Technology, an artificial intelligence facial recognition firm.

Jacky Cheung is scheduled to give his next concert in Zhuzhou, central Hunan Province.