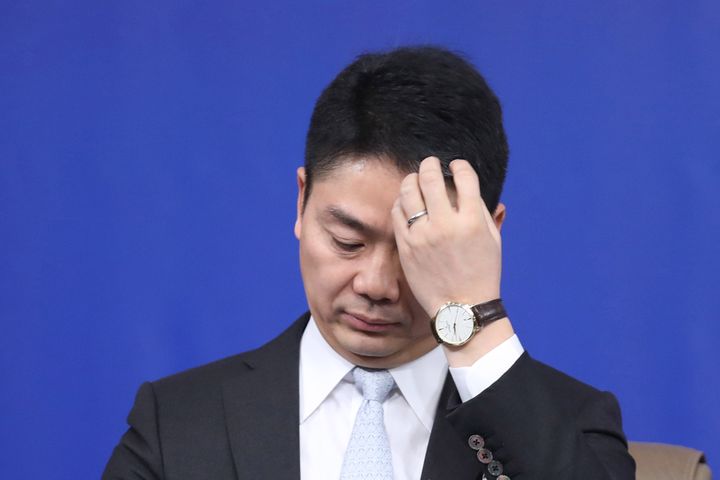 JD.Com CEO's Release Does Not Mean He Is Innocent, US Police Say

(Yicai Global) Sept. 3 -- The case regarding allegations of sexual misconduct against Richard Liu, the billionaire founder and chief executive of Chinese retail giant JD.Com, is not over despite the fact that he was released from custody, according to police in the United States.

Liu's personal freedom of movement is not restricted, but it does not mean that he is innocent, John Elder, public information officer at Minneapolis Police Department, told Yicai Global. Liu needs to cooperate when police contact him, he added.

Known in Chinese as Liu Qiangdong, he was arrested at 11.32 p.m. local time on Aug. 31 and released after 4 p.m. on Sept. 1, according to records from the Hennepin County Sheriff's Office in Minnesota. The case is classified as 'Released Pending Complaint,' while the authorities have not disclosed more details due to the active status of the investigation.

"During a business trip to the United States, Mr. Liu was questioned by police in Minnesota in relation to an unsubstantiated accusation," the Beijing-based firm said in a statement. "The local police quickly determined there was no substance to the claim against Mr. Liu, and he was subsequently able to resume his business activities as originally planned."

It added that it would take legal action against any false reports surrounding the matter.

Liu was indirectly linked with a crime of a sexual nature in 2015 when a guest at a party he hosted at his Sydney penthouse was raped by another attendee. The billionaire sought to have his name excluded from reports about the incident to protect his business and marriage, but an Australian judge ruled against that earlier this year.

Liu set up JD.Com in 1998. It has since grown into China's largest e-commerce company after sector leader Alibaba Group Holding. The Nasdaq-listed company's shares closed 1 percent higher at USD31.30 a share on Aug. 31.