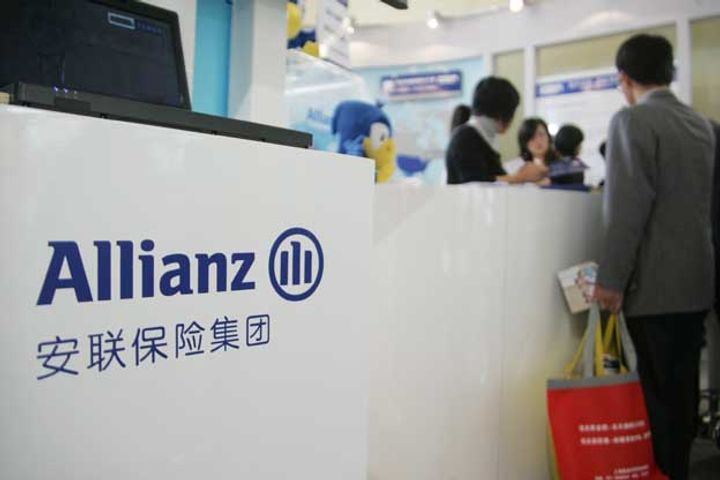 JD.Com to Take 30% Stake in Allianz China, Stamp It With Its Name

(Yicai Global) Nov. 1-- After becoming its second-largest shareholder, JD.Com will emblazon the new company name of Allianz China General Insurance with its stamp.

Allianz China received approval yesterday from the China Banking and Insurance Regulatory Commission to change its name to Allianz JD General Insurance, the company said in a statement on its official website yesterday, saying it will undergo the relevant procedures and change its publicity materials accordingly.

The company will start using a new brand logo with the Chinese characters for 'Jingdong' and the Roman letters 'JD' from today to enhance its brand recognition and overall image, it said in another statement.

Allianz China announced plans to up its holdings in three companies, including JD.Com unit Beijing Jingdong 360 Degree E-Commerce as new company shareholders, on April 16. JD will hold 33.33 percent of the shares of Allianz China after the capital increase, the most a single shareholder may own under new regulations.

The CBIRC approved JD.Com's plan to increase its capital in Allianz China and other companies on July 24, which also means that the company has acquired a property insurance license. The proportion of the capital increase the CBIRC has approved differs slightly from the earlier plan, however.

Allianz will hold 50 percent of the shares after the capital increase, while 30 percent will be in the hands of Beijing Jingdong 360 Degree E-Commerce, Beijing-based China Sinda Intellectual Property will get 12.4 percent, Shenzhen Huijing Tongda Business Consulting 4.27 percent and Shanghai Snowlight Capital 3.33 percent.

Headquartered in Guangzhou, Allianz China General Insurance was a wholly foreign-funded subsidiary insurance company solely owned by Munich, Germany-based insurer Allianz. Its predecessor, the Guangzhou branch of Allianz Group, was the first to provide property insurance in China, starting in 2003.