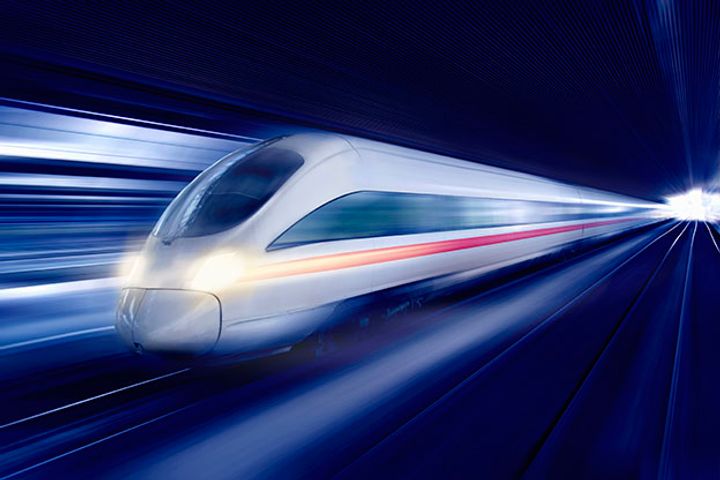 (Yicai Global) Oct. 26 -- China's National Development and Reform Commission has approved a feasibility report on the construction of a CNY30.55 billion (USD4.6-billion) high-speed rail between Yancheng and Nantong, both prefecture-level cities in the eastern province of Jiangsu.

The new railroad and the southern part of the inter-city rail along the Yangtze River are expected to be completed in 2020, by which point the time to travel on land between Yancheng and Shanghai will be cut to about one hour, down from three and a half to four hours by car. The journey time will be similar to that of flights between the cities.

The project involves constructing a 156.5-kilometer long main line, which will pass through six stations. Beginning from Yancheng Railway Station, it will head south and stop at Dafeng, Dongtai, Hai'an and Rugao before terminating at Nantong West Railway Station, which is part of the under-construction Shanghai-Nantong Railway.

Trains on the new line will be able to travel up to 350 kilometers per hour and transport some 40 million passengers a year in each direction. Construction is set to last around four years, beginning in December this year and concluding in November 2020.

Building a railroad in northern Jiangsu could prove troublesome. The region is home to the Huaihe and Yangtze River valleys and is scattered with rivers and canals. Rough terrain found in the area is also a drag on local economic development.

Once the line is built, trains will no longer need to divert through Nanjing when travelling from the north of the province down to the Yangtze River Delta, which will cut travel times significantly and help integrate with Shanghai's 'one-hour economic circle,' which aims to make travel between the metropolis and nearby cities more convenient.