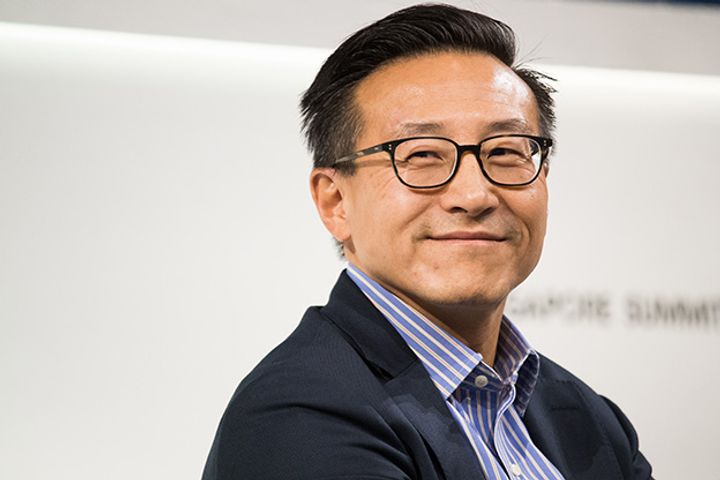 (Yicai Global) Oct. 8 -- Joseph Tsai, executive vice chairman of Alibaba Group Holding and an investor in the Brooklyn Nets, has taken a seat on the board of NBA China, Adam Silver, commissioner of the US National Basketball Association, said last week.

Silver announced this at a pre-match press conference for the NBA China Games 2018 between the Dallas Mavericks and Philadelphia 76ers on Oct. 5, the day of their first pre-season tip-off in Shanghai, with a rematch today in Shenzhen. The US NBA formed Beijing-based NBA China in 2008 -- to coincide with the city's hosting of the Olympics -- to ply the league's business in the mainland, Hong Kong, Macau and Taiwan. Hoops is the country's top team sport with 300 million estimated players, per the Chinese Basketball Association, ABS-CBN Sports reported Oct. 4.

Tsai is the co-founder of Hangzhou-based Alibaba. He acquired a 49 percent of the Brooklyn Nets' shares from the team's owner Mikhail Prokhorov for about USD1.15 billion in April but is not involved in its management. Prokhorov still holds a controlling stake, but Tsai has an option to buy more in 2021 to become majority shareholder, the New York Post reported at the time. Tsai is well-versed in both the internet and e-commerce sectors, and this will help the New York-based NBA's local unit better develop in China, Silver told Yicai Global at thebriefing.