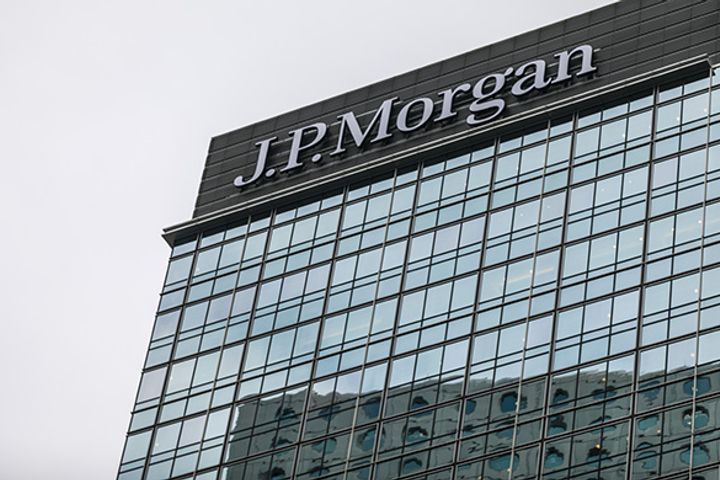 (Yicai Global) May 11 -- JPMorgan Chase & Co.'s Hong Kong unit has applied to set up a majority-owned securities joint venture under new rules that give foreign brokerages greater control over their local operations.

JP Morgan Broking Hong Kong Ltd. submitted its application to the China Securities Regulatory Commission yesterday, the watchdog said in a statement. The firm will hold a 51-percent stake in the unit, the maximum permitted under rules rolled out on April 28 which scrapped a 25-percent shareholding cap for listed companies and a 49-percent limit for private enterprises.

UBS AG was the first to make a move under the new rules, requesting permission to increase its 25-percent stake in UBS Securities Co. to 51 percent and capitalize on China's CNY253-trillion (USD40-trillion) financial sector. Japan's Nomura Holdings Inc. followed suit on May 8, applying to set up its first securities unit on the mainland.

Morgan Stanley is also on the brink of applying. The New York-based firm was the first foreign company to take on a 49-percent share of its local brokerage, and many others still only hold around a third. It has confirmed plans to up its stake in Morgan Stanley Huaxin Securities Co. but has not yet applied to increase its shareholding with the regulator.

China has nine securities companies with offshore investors, including Goldman Sachs Group Inc. and Credit Suisse Group AG, and these firms have struggled to compete at the highest level because they could not obtain the funds they need to expand. Among them, only HSBC Qianhai Securities Ltd., set up at the end of last year, has a foreign investment of more than 50 percent.