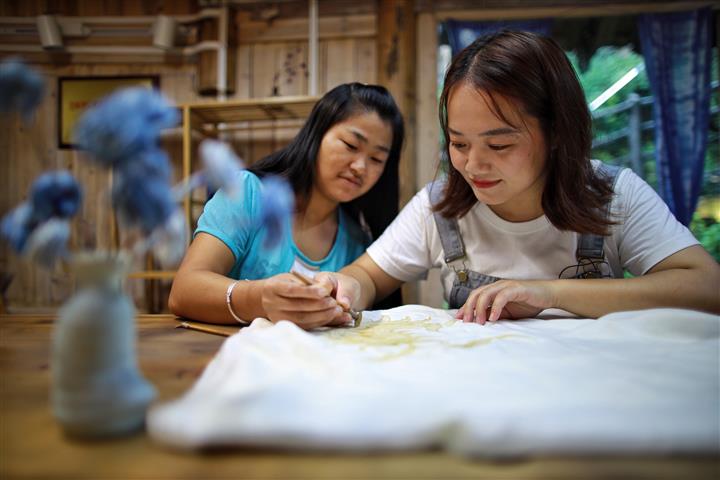 (Yicai Global) Aug. 30 -- Just 15 percent of college students from ‘small towns’ in China who graduated last year were working in first-tier cities six months after graduation, according to new research.

That compared with 18 percent in 2019 and 21 percent in 2016, the report released today by MyCOS, a Chinese higher education data and consulting firm, showed. The decline was attributed to high living costs in first-tier cities and the increased attractiveness of other cities.

‘Small towns’ refers to administrative districts at county-level cities and below. The latest survey, conducted in 30 provincial-level administrative areas and finished in early March, polled 124,000 undergraduates in 582 occupations and 330 industries.

Many young people no longer yearn for first-tier cities because of high living costs. More undergraduates are instead being lured to emerging first-tier cities and second-tier cities after local governments lowered requirements for hukou (household registration), and optimized the job environment, along with clustering of more industries.

The gap between these cities and first-tier cities in terms of income and good living conditions has increasingly narrowed, Peng said.

Of the 2020 ‘small town’ graduates who did not work in the first-tier cities six months after graduation, 73 percent opted to work in their home provinces, mostly the provincial capital, the report said.

The report also showed that in the last five years, the proportion of male ‘small town’ graduates who worked in first-tier cities six months after graduation was higher than the share of female undergraduates.

Nearly 17 percent of male ‘small town’ college students who graduated in 2020 worked in first-tier cities six months after graduation, three percentage points higher than their female counterparts. But the women undergraduates did better in the long run.

Seventy-eight percent of female undergraduates from ‘small towns’ in 2017 remained in first-tier cities three years after graduation, while the ratio among their male counterparts was 66 percent.

Because of the pressures associated with first-tier cities, some young men from ‘small towns’ choose to move to second-tier or even third- or fourth-tier cities once they reach a certain age, especially the age for marriage, Ding Changa, an associate professor at the School of Economies of Xiamen University, told Yicai Global.