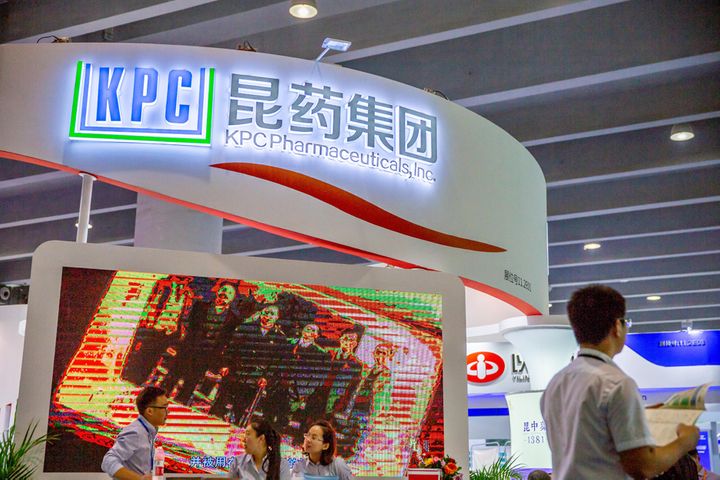 (Yicai Global) June 17 -- KPC Pharmaceuticals' shares rose by the daily limit after it said a new treatment developed by Nobel Laureate Tu Youyou and her team for the autoimmune disease lupus is in clinical trials. The company signed a CNY70 million (USD10.1 million) patent purchase deal with Tu three years ago.

A second stage of trials has started and the drug is expected to appear in the market around 2026, an official at KPC Pharmaceuticals told Yicai Global today. The Kunming-based company's stock [SHA:600422] jumped 10 percent to close at CNY9.69 (USD1.40), while the benchmark Shanghai Composite Index was little changed.

China's National Medical Products Administration gave the go ahead for dihydroartemisinin tablets for systemic lupus erythematosus and discoid systemic lupus erythematosus to enter medical research studies involving people. The application was submitted by the Institute of Chinese Materia Medica under the China Academy of Chinese Medical Sciences, where Tu and her team work.

Tu said today that her team has made major breakthroughs in overcoming the resistance of the parasite that causes malaria in humans to a traditional Chinese medicine ingredient, the most effective weapon against the disease. Her team also found that dihydroartemisinin is uniquely effective in treating lupus erythematosus. Their findings have been published in the New England Journal of Medicine, a global authoritative medical journal.

Tu won the Nobel Prize for medicine in 2015 for her 1972 discovery of artemisinin's effectiveness as a malaria therapy.