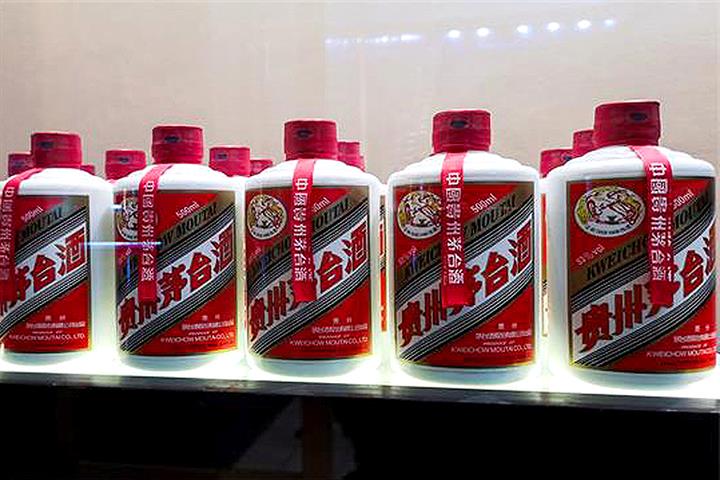 (Yicai Global) July 29 -- Earnings growth slowed at Kweichow Moutai, the world's most valuable distiller, as China’s shutdown in the face of the coronavirus sapped demand in the first half.

Net profit rose 13 percent from a year earlier to CNY22.6 billion (USD3.2 billion) in the six months ended June, the Guizhou province-based company said in an earnings report published after the market closed yesterday. Revenue also climbed at a slower 11 percent clip to CNY44 billion. Its gains in first-half net profit growth had ranged between 18 percent and 38 percent since 2017. Last year it was 27 percent.

Chinese liquor shares, including those of Wuliangye Yibin, Laojiao, and Swellfun, have surged this year but the latter's first-half profit decline, announced on July 27, has raised concerns over whether such stocks are becoming overpriced.

Sales have been a mixed bag. Some distillers told Yicai Global that the second quarter was worse than the first as they could still sell products before the most trying times of the pandemic, but after March the whole second quarter was overshadowed by the virus.

Still, most big liquor companies claim that sales recovered in June to levels seen a year ago, The Paper reported, citing the Chinese Alcoholic Drinks Association.

Since March, high-end consumer demand has been strong and wholesale prices of Kweichow Moutai's signature brand Flying Fairy could rise to as high as CNY3,000 (USD428.40) from the current -- already buoyant -- CNY2,550 per bottle by the next Chinese New Year, China Merchants Securities said in a report published today.

One way that Kweichow Moutai is dealing with ever-changing market conditions is to remove some middlemen. Since 2018, the firm has cut the number of its distributors by more than 500, and since June 2019 it has penned deals with e-commerce sites such as Suning.Com, Tmall, and JD.Com. It is also partnering with more than 30 shopping malls, based on incomplete statistics.

Kweichow Moutai did not issue any forward guidance on earnings.