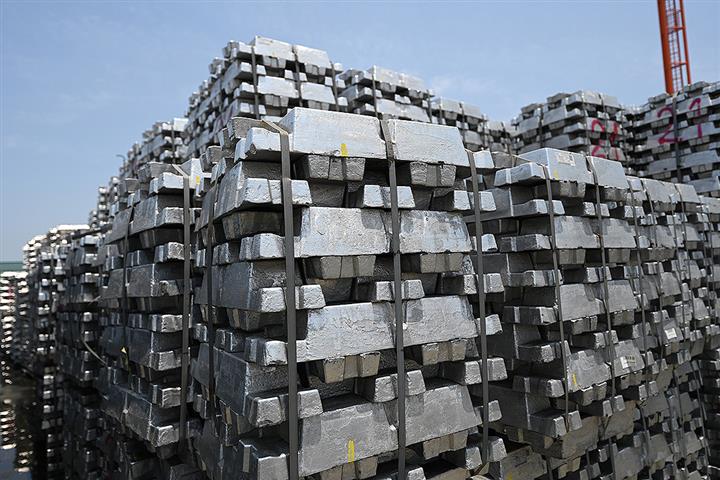 (Yicai Global) July 22 -- A dearth of lithium resources is not behind this year's sharp spike in the price of the raw materials needed to make electric car batteries, industry leaders in China and the US said yesterday. Rather it is short-term speculation and temporary constraints on battery-grade refining that are restricting the development of the new energy vehicle sector, they said.

The boom in electric car sales has brought about short-term stress in the industrial chain as investors speculate on the prices of battery raw materials such as lithium carbonate, lithium hexafluorophosphate and polyvinylidene fluoride, said Zeng Yuqun, president of Chinese battery giant Contemporary Amperex Technology.

Mineral resources are not the bottleneck, Zeng said at the 2022 World EV & ES Battery Conference in Yibin, southwestern Sichuan province. There are sufficient proven reserves to produce 160 terawatt-hours of lithium batteries, more than enough to meet global demand. And, unlike oil, most of the materials can be recycled. By 2035, Ningde, southeastern Fujian province-based CATL will be mostly using materials recycled from used batteries, he added.

Elon Musk, chief executive officer of US NEV startup Tesla, echoed this message, saying that global lithium reserves are large and the material is not in short supply. Rather, the limiting factor holding back the development of the NEV industry is the refining of high-purity, battery-grade lithium, he added.

CATL Chief Scientist Wu Kai also said in June that the supply of lithium ore is sufficient from a global perspective and that the price increase is mostly due to speculation.

Lithium salt prices in China have been on the rise since last year. Battery-grade lithium carbonate, for instance, hit a record CNY503,000 (USD7,437) per ton at the end of March. And the auction price of lithium concentrate in Australia’s mineral-rich Pilbara region is now nearly CNY460,000 a ton.

As a result, CATL logged a 23.6 percent slump in net profit in the first quarter from the same period last year to CNY1.5 billion (USD220 million) and its gross profit margin shrank 14.4 percent, nearly half of what it was last year, to a new low. To make up for this, CATL hiked the price of its electric car batteries in the second quarter.

"Essentially, the speed of battery production determines everything," Musk said at the California-based company’s second-quarter earnings call. Young entrepreneurs should join the battery refining industry, which has the same big potential and margins as the software industry, he added.

Inflation should slow by the end of the year and prices should start to come down, although the price of some commodities, such as lithium, will remain high, Musk said.