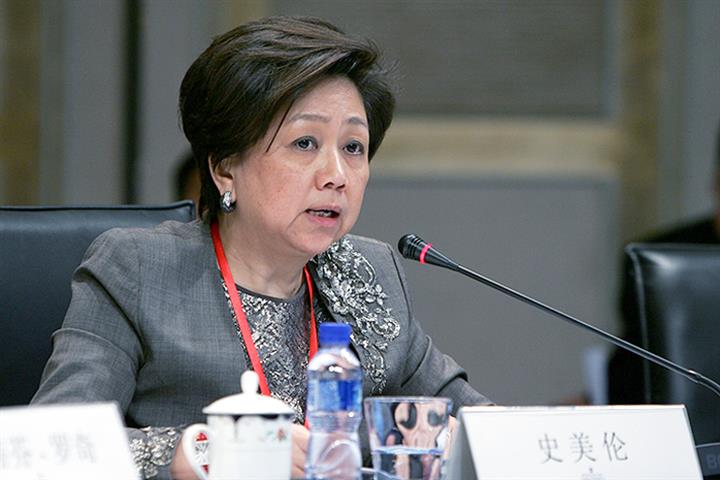 (Yicai Global) May 20 -- Laura May-Lung Cha was approved as chair of the board of directors of Hong Kong Exchanges and Clearing pending HKEX’s 2022 annual general meeting, the Hong Kong firm said in a statement yesterday.

Carrie Lam, chief executive of the Hong Kong Special Administrative Region gave her written agreement for the re-appointment, per the statement.

Cha’s chairmanship, which the exchange announced May 7, will overlap with her post as member of HKEX’s board of directors and will end at the bourse’s 2022 annual meeting.

Cha, aged 70, holds a juris doctor degree from the Santa Clara University in the US. She began working for the HKEX in 1991 and became its vice chair in 1998. She was then named vice chair of China Securities Regulatory Commission in February 2001.

She left the CSRC in 2004 and the authority praised her for “having made positive efforts for the standardized development of China’s securities market.”

Her other public services include vice chair of the CSRC's International Advisory Council, non-official member of the Executive Council of the Hong Kong Special Administrative Region, member of Hong Kong’s Financial Leaders Forum and member of the Listing Policy Panel.

Charles Li, HKEX’s chief executive, has sought no reappointment when his current term ends in October 2021.