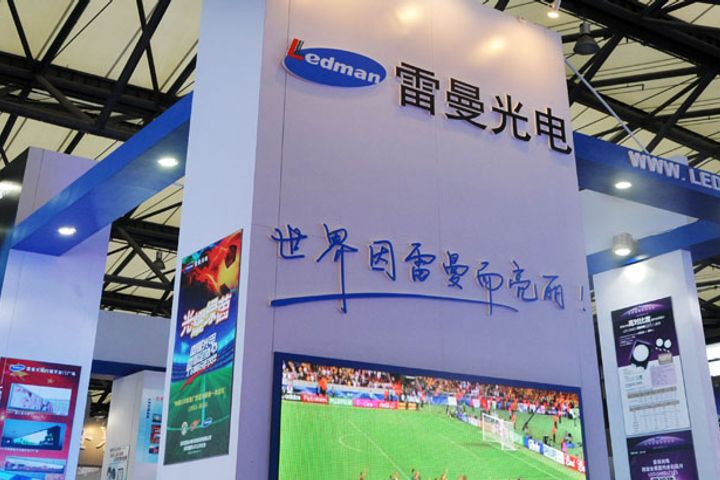 (Yicai Global) Feb. 26 -- The US International Trade Commission decided to terminate the Section 337 investigation of the light-emitting diode display industry on Feb. 21, thus handing Ledman Optoelectronic and other Chinese defendants a win, Ledman announced on its WeChat account today.

Shenzhen-based Ledman's legal team submitted many patents and products similar to those of Ultravision Technologies to the ITC, and thus proved the former owns many core LED display patents, it said.

Dallas, Texas-headquartered Ultravision Technologies filed a Section 337 complaint with the ITC against over 40 companies including tens of Chinese firms and South Korean Samsung Electronics and Japan's Panasonic and NEC, claiming some of their LED modules and components infringed its US patents.

The complainant demanded the ITC launch an investigation and issue a general exclusion order to prevent these firms' products entering the US or injunction preventing the sale of those already present there.

The firm's shareholding in bike-sharer Ofo's supplier caused it losses and the net profit of its subsidiary came in under expectations, Ledman said, adding its gross profit margin declined since its exports to overseas markets suffered from intensified market competition with costs also rising from China-US trade frictions.

The firm is even more determined to actively invest in technologies and establish a favorable position in the industry through technological innovation, it said, adding it will invest more in chip-on-board technology and become the leader in the COB display sector.

COB LED technology is the installation of bare LED chips in direct contact with a substrate to produce LED arrays.