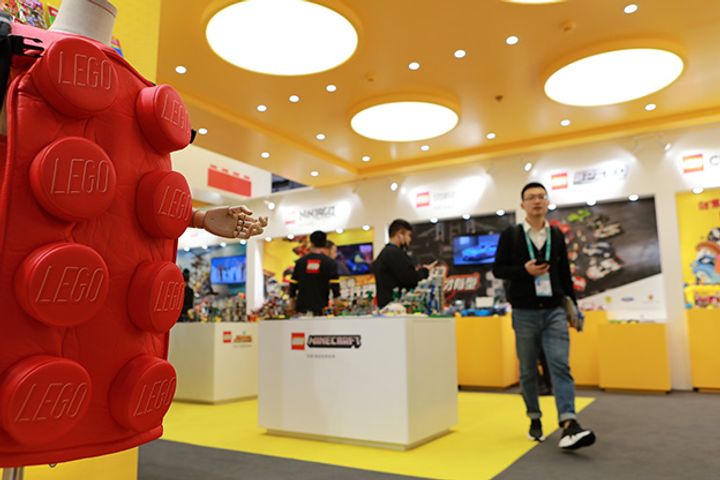 (Yicai Global) Nov. 7 -- International toy titan Lego System, doing business as The LEGO Group, will introduce its first batch of assembly-block sets inspired by the Spring Festival on Chinese Lunar New Year's Day the holiday celebrates, both in the country and the larger Asia-Pacific region, the company announced at the first China International Import Expo yesterday.

Two new sets will debut at the CIIE, state media The Paper reported. A family reunion dinner-themed set shows a Chinese family gathering to celebrate the festival, while another dragon dance-themed collection presents a traditional holiday scene, with a LEGO miniature piggy figure among the tiny dragon dancers in traditional costumes celebrating the forthcoming Year of the Pig.

The company hopes to bring more happiness to children and customers with a youthful mindset in the new year, Christiansen said.

The LEGO Group is exhibiting various LEGO toys and educational products in an area of 378 square meters at the import fair and is laying on a play area for visitors to use their imagination to assemble their own creations.

The first China International Import Expo, which began on Nov. 5, will run until Nov. 10 at Shanghai's National Convention & Exhibition Center.