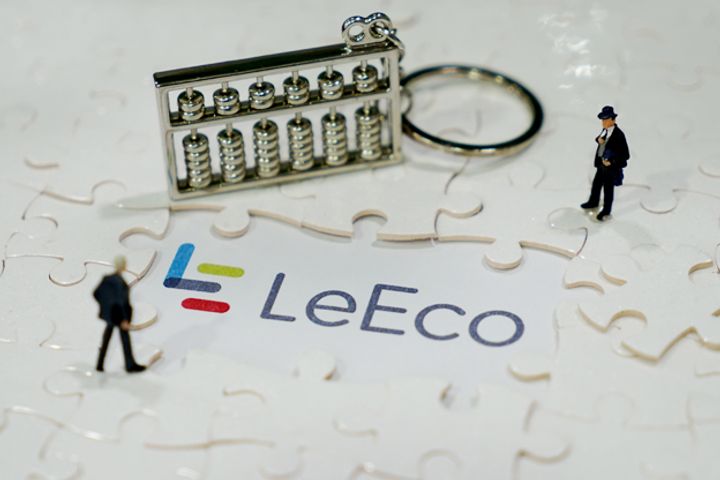 "There have been all kinds of rumors about Sun Hongbin's resignation as chairman. But I think Leshi is not likely to be delisted. The rumors are intended to spread market panic," the executive was quoted as saying on March 14.

Leshi was under spotlight again when it issued a statement on March 14 to announce Sun's resignation as chairman, saying he will no longer hold any position at Leshi and will be replaced by Liu Shuqing, director and general manager of the company. Sun resigned only eight months after taking the helm from founder Jia Yueting.

At 1pm on March 14, Leshi [SHE:300104] also suspended trading in the shares of the company because of recent 'excessive volatility.' They surged as much as 7.14 percent in morning trading on March 14. Almost CNY2.49 billion (USD393 million) worth of stock changed hands, with turnover of 12 percent and a substantial outflow of funds.

The trading suspension is aimed at protecting small investors from possible losses, the senior executive told China Entrepreneur. "Stock price increase without real business change is irrational and they need to return to rational levels," he said.

Leshi's share price has been climbing since the troubled company held its extraordinary general meeting on Feb. 23. It jumped 10 percent on March 13 and 7.14 percent on March 14. Leshi's stocks closed at CNY6.59 per share in morning trading on the same day, up 58.4 percent from the lowest closing price of CNY4.16 on Feb. 13.

"Currently, Leshi is not in a condition that requires delisting," a lawyer, who participated in the company's A-share initial public offering, told China Entrepreneur. Leshi would not be delisted immediately, but it may carry out some debt or bankruptcy restructuring, he said.

However, the key to Leshi's delisting depends on the regulator's attitude, some investors believe. Sun held talks with the regulator about restructuring of the financially-troubled company several times, but achieved no results, so delisting may be the final outcome, suggested some earlier media reports.