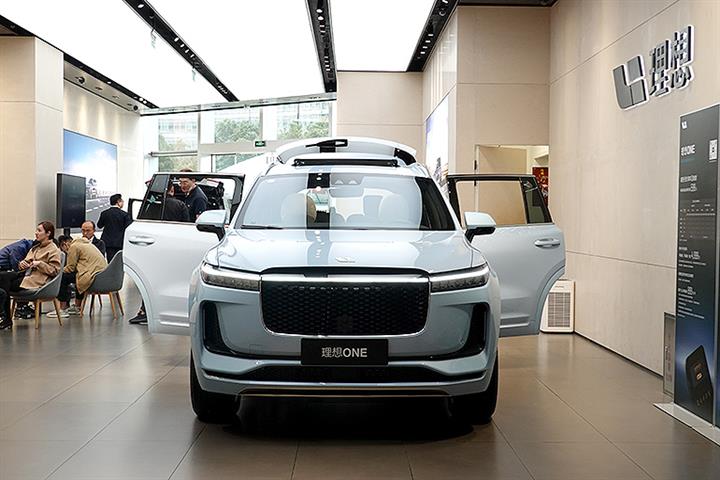 Li Auto’s goal is to sell 1.6 million of a projected 8 million NEVs sold in China that year by all vehicle manufacturers, The Paper reported, citing Li Xiang, who is also the Beijing-based company’s chief executive.

“Raising market share is the core of our strategy,” Li said in a company circular yesterday. “Only by becoming an acknowledged leader in the industry by 2025 can we acquire enough talent, technology and money to tackle more intensified global competition in 2030.”

He also said that Li Auto needs to gain a global market share of over 25 percent to cement its position in the sector.

China’s NEV sales rose 10.9 percent to about 1.4 million last year. Li Auto sold 33,597 of its only vehicle, the Li Xiang One, in the 12 months ended December 2020, per statistics from the China Association of Automobile Manufacturers.

Sales of electric vehicles in the country will surge 51 percent this year, helping to revive an auto market that has been shrinking for the last three years, according to a report released today by Canalys. The market research firm predicts 1.9 million NEVs will be sold to Chinese buyers in 2021, up from last year’s record high 1.3 million.

Li also expressed optimism about the NEV market, despite the uncertainties facing the world economy amid the Covid-19 pandemic and surging debt levels. Global sales will be around 40 million in 2030, with 20 million of those in China, he said.

Electric cars will be expected to offer super-fast charging, with a 10-minute charge allowing journeys of 300 to 500 kilometers, Li said. The market in 2030 will be similar to China’s smartphone market last year, in which the top five brands had a 96.5 percent share, he added.