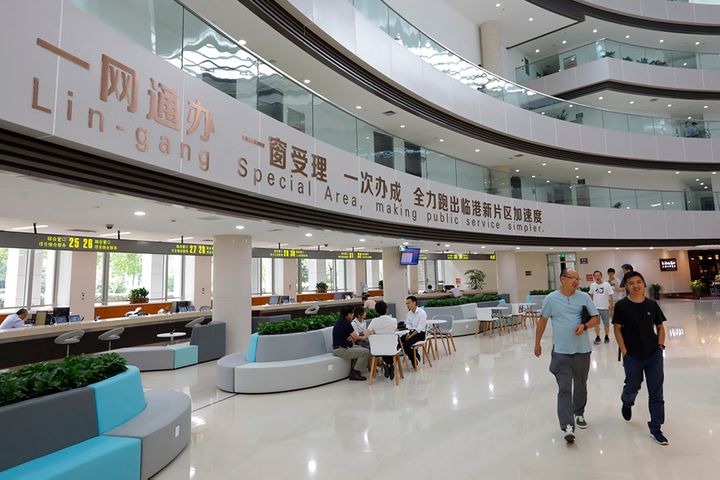 There are now over 70,000 companies registered in the area, more than 10 times as many as in 2012, Jiefang Daily reported yesterday, citing a licensing official at Pudong New Area's market administration.

The Shanghai municipal government published 50 ideas for Lingang on Aug. 30, which will likely turn into policies aimed at supporting high-quality development of the region. Workers at the Lingang Human Resource Service Center have been taking more than 100 calls a day since the government issued the opinions, with callers asking for the specifics on policies such as home buying and obtaining a local household registration permit.

"With the development of Lingang, industries here will become more concentrated," said an executive at Yinnuo Labor Dispatching, which plans to move into the region. "Firms will have more vacancies to fill and we want to be there ready when that happens."

Qianjinwang Gold Jewelry is also optimistic and plans to open a store in Lingang. Despite its low population and consumption, the area has a bright future ahead, according to the Shenzhen-based firm.