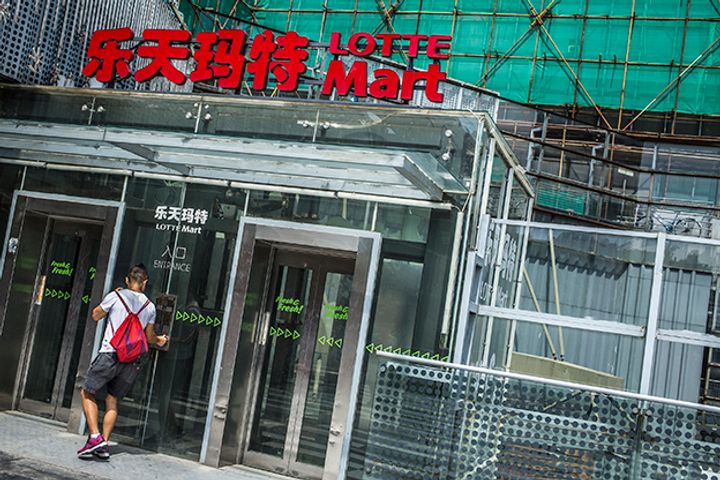 (Yicai Global) May 14 -- Chinese department store operator Liqun Commercial Group Co. will buy 72 stores and other assets in and around Shanghai from embattled Lotte Group as the South Korean retailer looks to exit the world's second-largest economy.

Liqun will purchase two Hong Kong units and 10 mainland subsidiaries held by Lotte Shopping Holdings Hong Kong Co. for almost CNY1.7 billion (USD262 million), the buyer said in a filing to the Shanghai Stock Exchange on May 11. Lotte had announced plans to sell some of its discount stores the same day.

Some of the target firms stopped operating as early as March 2017, but Liqun hopes to use its logistics and distribution networks to bring them back to life, the statement added. The acquisition will double the company's number of stores and extend its market to include Shanghai and neighboring provinces Jiangsu, Anhui and Zhejiang and help it benefit from economies of scale.

The sale follows on from the divestment of 22 Beijing stores to rival Wumei Holdings Inc., which runs one of the country's biggest retail chains Wumart, for nearly KRW249 billion (USD233 million) last month. Lotte is in talks with other retailers to sell off the rest of its stores in the first half of this year.

Lotte has been struggling in China since it agreed to hand over a golf course to allow the United States military to build an anti-missile system in South Korea. Local governments began closing down Lotte stores for breaching fire safety regulations shortly after the land transfer, which was shunned by Beijing. The campaign cost the firm CNY7.1 billion (USD1.1 billion) and it has been unable to recover, with only a handful of stores still in operation.