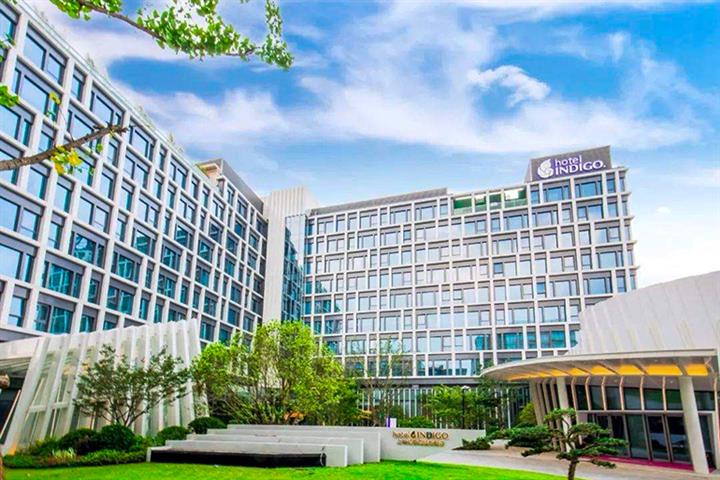 Longfor to Close Indigo Hotel in Shanghai's Hongqiao, Reopen as Own Brand

(Yicai Global) Aug. 3 -- Longfor Group is to shut its loss-making Indigo Hotel in Shanghai’s Hongqiao district that it runs with a unit of the UK’s Intercontinental Hotel Group. Instead, the Chinese property developer will re-open it as another hotel under its own new brand.

The Shanghai Hongqiao Indigo Hotel will not close on Aug. 10 as rumors suggested, Longfor said. Rather, it will be upgraded into a new entity once the contract with the current operator, Six Continents Hotels, expires. After that Beijing-based Longfor will operate the hotel directly, rather than through a management agency. The new hotel could be ready to open as soon as the end of the third quarter.

“Most of the hotels in Hongqiao, which is a big central business district as well a major transport hub, target business travelers. But due to the Covid-19 pandemic, business has been badly affected,” a source close to the firm told Yicai Global. However, as Shanghai bounces back and the number of clients increases, Longfor wants to develop a more flexible operating model. By running the hotel itself, costs are more controllable, he added.

The Shanghai Hongqiao Indigo Hotel is part of Denham-based IHG’s high-end boutique hotel brand Indigo that entered the mainland in 2010. Located along the landmark Longfor Paradise Walk complex at the core of the Hongqiao business district, the hotel boasts 227 rooms.

Yet is has failed to turn a profit and has racked up losses of more than CNY50 million (USD7.4 million) since it opened in September 2018. And gross profit each year has never met the targets set by Longfor.