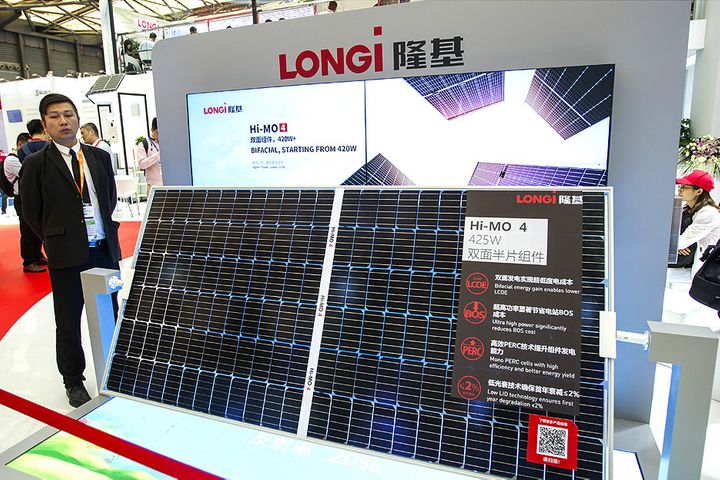 (Yicai Global) Feb. 24 -- The stock price of Longi Green Energy Technology climbed to a record high this morning after the maker of nearly half of China's monocrystalline silicon wafers said that it will pay CNY1.8 billion (USD253.1 million) to acquire Jiangbei Yize New Energy Technology with attractive assets in Vietnam to boost production overseas while avoiding trade barriers.

Longi's unit has inked a framework agreement with Ningbo-based Jiangbei Yize's shareholders to purchase all of the latter's equity, the buyer said in a statement yesterday.

Longi has had a wildly successful start of the year as it penned two three-year supplier deals in January amid planned capacity expansion by 60 percent to 80 gigawatts by the end of this year. It has also made strategic moves toward downstream operations including solar power plants.

The target firm's main asset is its factory in Vietnam that can make more than three GWs of photovoltaic cells each year, and seven GWs of solar panels, Longi said, adding that the asset's profitability looks attractive.

The buyer will go and inspect the plant, after which the parties will pen a final asset purchase agreement by the end of June, the statement added. The transaction should take place no later than on Aug. 30.