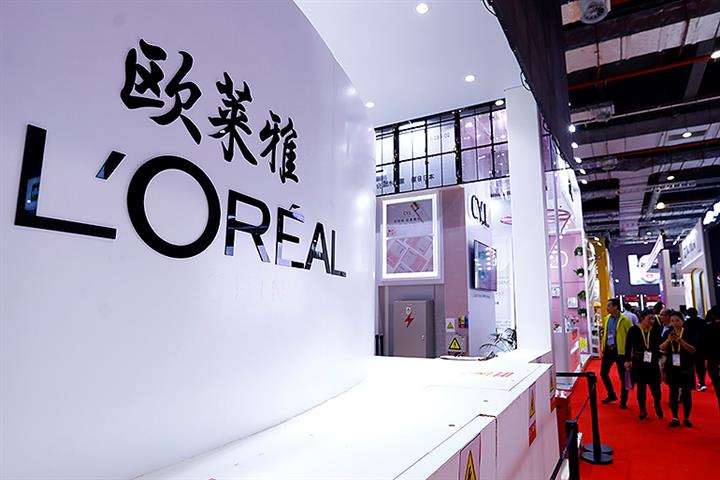 (Yicai Global) March 30 -- L’Oréal has elevated its Shanghai office to the level of North Asia headquarters as part of the French cosmetics giant’s regional shakeup as it steps up efforts to make China its No. 1 market.

The restructuring is related to the firm’s outstanding performance in China and the Asia-Pacific region over the past year. The Asia Pacific was the only region where L’Oréal grew in 2020, as sales rose 3.5 percent to EUR9.8 billion (USD11.5 billion).

L’Oréal had total revenue of EUR28 billion in 2020, down 6.3 percent over the previous year, according to its latest financial results. Profit fell 6.1 percent to EUR5.2 billion.

The Asia Pacific region’s growth is inseparable from the outstanding contribution of the Chinese market. Data show that revenue in the country jumped 27 percent last year and L’Oréal China achieved double-digit growth across all segments.

The digital domain made up for its brick-and-mortar store closures, with e-commerce sales reaching 26.6 percent of the total, a 62 percent increase, per its earnings report. The share of online sales in China has hit at an all-time high.

L’Oréal China will open its Beauty Palace, the world’s first, in Shanghai during the Double Five shopping festival on May 5, the company announced as part of its efforts to accelerate the push to turn China into its biggest market.

It will also launch the Perso artificial intelligence system in China with YSL Beauty by the end of the year. This will be the world’s first at-home personalized cosmetic formula product.