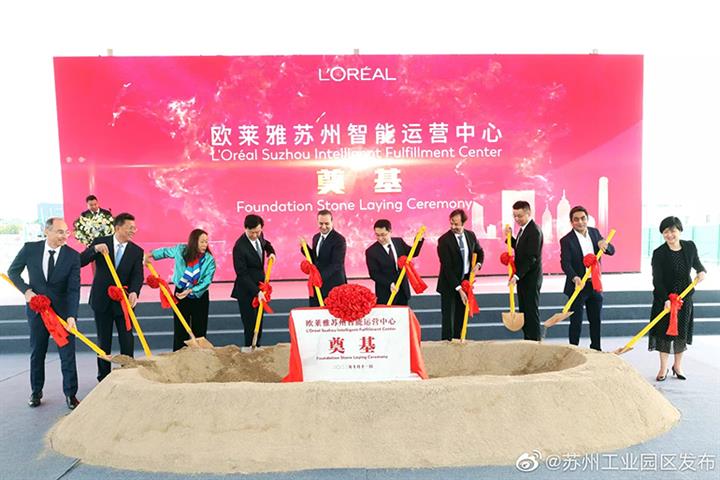 (Yicai Global) Oct. 12 -- French cosmetics giant L'Oréal has started the construction of an intelligent operation center in Suzhou, eastern Jiangsu province, which will improve the warehousing and logistics efficiency of its local plants, it said.

Located in Suzhou Industrial Park, the smart operation hub will have a total area of 90,000 square meters, and it is expected to be put into operation by the fourth quarter next year, in order to support online and offline sales of L'Oréal’s cosmetics and hair care products in China, the Paris-based company said on WeChat yesterday.

By introducing automated sorting systems and robotic devices, this hub will reduce the time spent sorting the parcels from e-commerce platforms. The number of L'Oréal’s direct-to-consumer parcels in China is expected to be triple the current figure by 2025, it added.

L'Oréal established its first China plant in Suzhou in 1996 and it invested to expand the facility three times since then, making the plant its biggest in terms of output in the Asia Pacific region, with an annual capacity of more than 1 billion products, data disclosed by Suzhou Industrial Park showed.

L'Oréal also announced the start of operation at its clean workshop, which has investment of CNY200 million (USD27.9 million), in its Suzhou factory. The workshop has advanced technologies such as automated disinfection systems and highly efficient air filters, to ensure its standards for cleanliness are above Chinese regulators’ requirements, according to the statement.