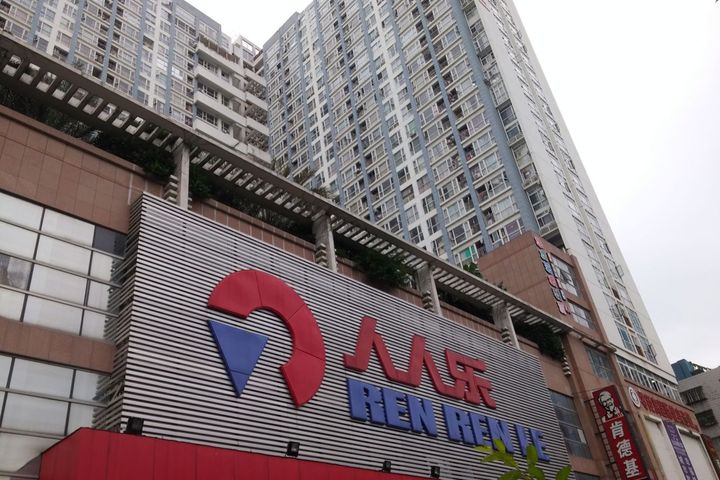 (Yicai Global) July 24 -- Renrenle Commercial Group's shares rose by the most allowed in a single day for a loss-making company after it said a state conglomerate is set to take control of the unprofitable supermarket chain operator for an undisclosed sum.

Founded in 1996, Renrenle has lost CNY1.83 billion (USD265.9 million) over the past five years due to the impact of e-commerce on the bricks-and-mortar retail sector and cut-throat competition.

The company continues to lose money despite closing stores and selling off property, leaving no option but to sell itself, Shen added. It had 138 outlets -- chain stores, supermarkets, and department stores -- at the end of last year.

Xi'an-based Qujiang Cultural, which has interests in entertainment, film, television, animation, exhibition and finance, also launched a tender offer for all the publicly traded stock of other shareholders, planning to buy about 31 percent for up to CNY724.5 million (USD105.3 million).

Buying into Renrenle is Qujiang Cultural's first step in the retail sector. Qujiang Culture may use Renrenle for capital operations in the future, including a backdoor listing, according to market analysts.