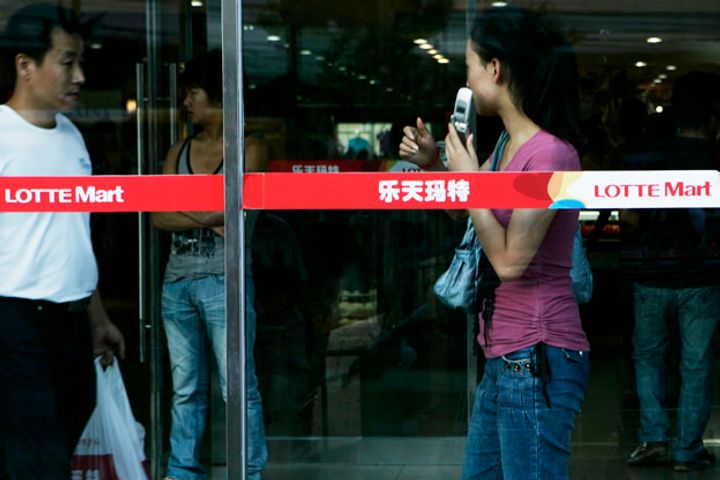 (Yicai Global) Aug. 29 -- South Korea's Lotte Group will run a second round of emergency funding for Lotte Mart, which suffered trouble at the hands of China's response to the THAAD anti-missile defense system to be deployed in South Korea.

This time around, the conglomerate will raise funds in China in order to inject working capital into Lotte Mart.

Lotte Shopping Holdings Hong Kong Co. will determine the amount and time of the fundraising on Aug. 30. The company already raised KRW360 billion (USD320 million) to help Lotte Mart operations in March this year, but the money has already been exhausted, Aju Business Daily, a South Korean newspaper, reported.

Not long after the THAAD defense system was announced, authorities in China began shutting down Lotte Mart stores for mysterious breaches of fire safety regulations. As of the end of July, 74 of Lotte Mart's 112 stores had been shut down and a further 13 were not in operation. However, as well as rent, Chinese law forces the company to pay local workers 70 percent to 80 percent of their normal salary while the stores are closed.

Lotte Group said Lotte Mart had lost KRW500 billion in China so far, and the financial damage could reach as high as KRW1 trillion by the end of the year if things don't improve.

After the second capital injection round, the company should be able to keep running until the end of the year, hopefully by then, or early next year, it will have resumed business, an insider at the firm said.

However, some believe that Lotte will continue to see losses and may have to withdraw from China. The firm has no intentions to withdraw from the country but may adjust its investments if the situation continues, the insider said. Lotte Group currently has 20 subsidiaries in China, which could struggle if Lotte Mart falls.