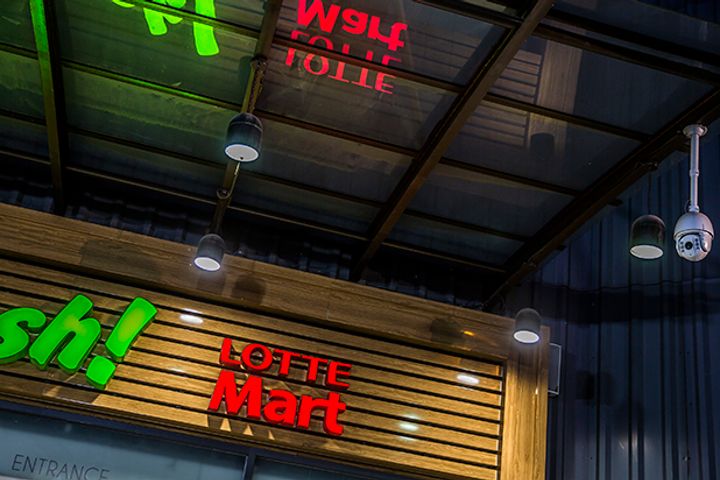 Lotte Group Has Expectations From South Korean President's Visit to China to Save Its Troubled Subsidiary, Report Says

(Yicai Global) Dec. 8 -- As the meeting of presidents of China and South Korea is only less than a week away, there are both expectations and anxieties on the part of South Korea's business giant Lotte Group, reported East Asia Daily, a South Korean newspaper, citing the company insiders. The group's USD300 million emergency fund injected into its Chinese subsidiary, Lotte Mart, last August has bottomed out, Lotte said yesterday. There are concerns in the group that it will need a third round of investment if it cannot sell Lotte Mart by the end of the year.

The group's business in China was hit hard after it provided a golf course land it owns to the South Korean government to host the US anti-ballistic Terminal High Altitude Area Defense (THAAD) system. The move sparked strong dissatisfaction in China.

At the end of October, China and South Korea announced progress in bilateral relations that showed signs of recovery after a series of talks between the two countries. Lotte hopes that South Korean President Moon Jae-In's visit to China next week will further improve bilateral ties, the report said. However, there are concerns in the group that it is very difficult for Lotte to benefit from the recovery in the short term, it added.

Lotte's concern is not without reason. According to an earlier report by the Beijing Youth Daily, a tour group consisting of 32 Chinese tourists departed from Beijing International Airport to South Korea on Dec. 2. This is the first Chinese mainland tour group to South Korea since March. However, insiders believe that the tour group will "avoid" visits to Lotte-related businesses. The usual visits to Lotte duty-free shops by previous tour groups will be replaced by shopping tours to Shilla duty-free outlets.

KRW360 billion (USD328.9 million) Lotte Group injected into the Chinese market last March has reportedly run out. The Group injected another USD300 million in emergency fund into its Chinese subsidiary on Aug. 31. This fund can only support Lotte Mart till January next year, the report suggested. An additional fund of KRW20 billion will be required each month starting from next February, it added.

Lotte announced plans to sell Lotte Mart two months ago, but there has been no major progress since then. There is nearly 30 percent gap between the Lotte Mart's asking price and the proposed price of the potential bidder, the South Korean media reports said.