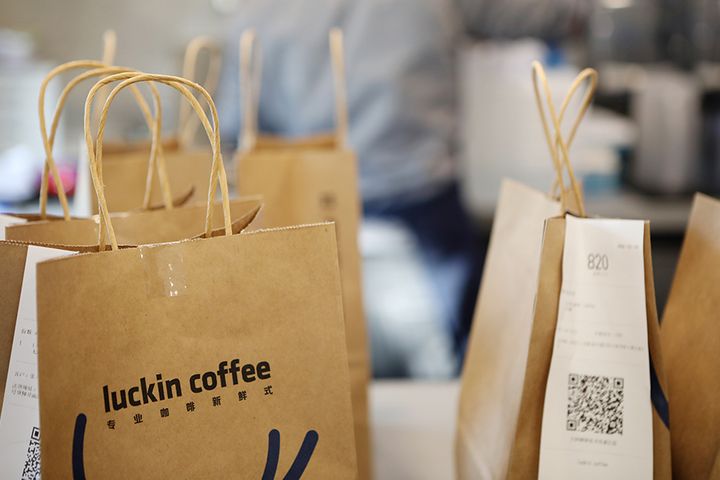 (Yicai Global) July 17 -- Luckin Coffee, China's archrival to Starbucks, opened its 3,000th store in Hangzhou yesterday, well on its way to building more than 4,500 mainland outlets by the end of this year to become the largest coffee chain in the country.

Luckin Coffee's new store has the staple products of coffee, tea, juices, and takeaway options for breakfast and lunch, the Beijing Business Today reported. The firm announced earlier this month that it will debut 10 tea products, including "cheese tea" and milk tea, to diversify its menu.

Luckin Coffee aims to build 10,000 stores by the end of 2021, Qian Zhiya, the chief executive of the Beijing-based company said earlier. Starbucks announced last May that it will have 6,000 stores across China's mainland by 2022. The Seattle-headquartered firm had over 3,500 stores in China as of last September after entering the market in 1999.

Some 85 percent of the Chinese company's coffee drinkers say that the product tastes the same or even better than that of its competitors, according to consultancy Frost & Sullivan. A slightly bigger portion of them said that they have started buying more coffee since their first cup of Luckin joe.