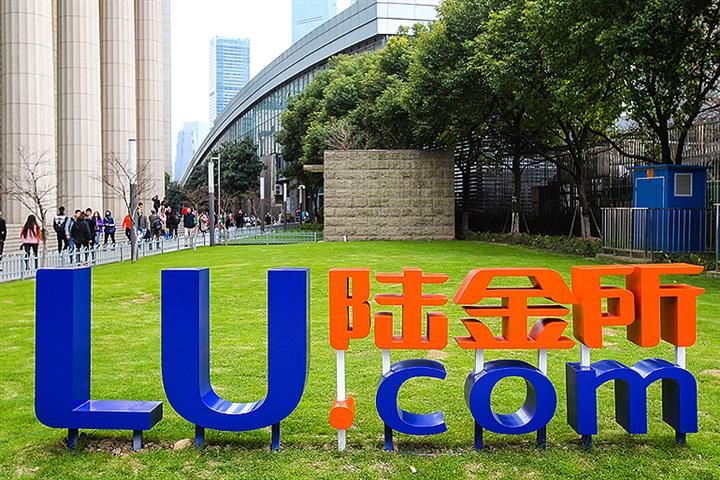 (Yicai Global) Oct. 9 -- Lufax Holdings, one of China's biggest personal finance services platforms, has filed for what could be the largest fintech listing on the US stock market so far this year.

The online wealth management and lending arm of Ping An Insurance Group, China's biggest insurer, submitted a prospectus with the US Securities and Exchange Commission on Oct. 7. The Shanghai-based firm did not disclose how much it targets to raise in its long-awaited initial public offering, but is expected to draw between USD2 billion and USD3 billion.

Lufax joins Ant Group and JD Digital Technology Holding, two other Chinese fintech giants, in going for IPOs this year. Ant is looking to raise USD35 billion in a dual listing in Shanghai and Hong Kong, while JD Digits is aiming for USD2.9 billion from a Shanghai debut.

Lufax landed over USD3 billion in its first three funding rounds, valuing the company at USD39.4 billion after a C round in 2018. It secured more than USD9.1 billion in an international syndicated loan in April that was the largest of its kind so far this year.

The firm began life as a peer-to-peer lending platform in 2011. It gradually grew into the world's biggest P2P lender before exiting the business last year amid stricter Chinese regulation of the sector and moved into consumer finance. The April opening of Ping An Consumer Finance, in which a unit of Lufax owns 70 percent, cleared a key hurdle to its listing, according to market insiders.

Lufax made a net profit of CNY7.3 billion (USD1.09 billion) in the first half of this year on income of CNY25.7 billion, per its prospectus. As much as 87.7 percent of that income came from its tech-based platforms. The firm had steady gains in operating income between 2017 and last year, with a nearly 50 percent compound annual growth in net profit.

Ping An Group and Tun Kung Company own 42.3 percent and 42.7 percent of Lufax's ordinary shares. Tongjun Investment and Lanbang Investment have 41 percent and 37.4 percent of the equity in Tun Kung. The prospectus confirms that Tongjun is a Ping An executive shareholding platform.

Most of the proceeds from the IPO will go to further building Lufax's tech infrastructure, technical research, development, investment and acquisition and other sci-tech outlays, the firm said in its filing.