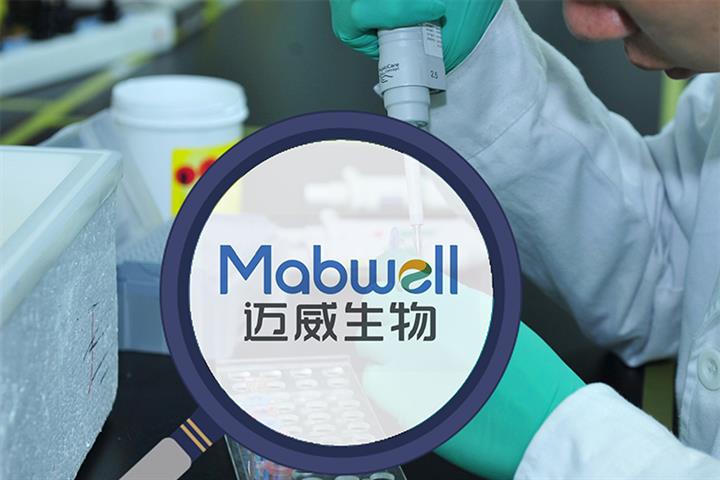 (Yicai Global) Jan. 20 -- Shares in Mabwell (Shanghai) Bioscience surged today after the Chinese biotechnology company said it has granted the US’ Disc Medicine exclusive rights to develop, produce and commercialize an experimental drug for treating blood disorders in major markets outside China and Southeast Asia in a transaction worth USD412.5 million.

In return, Disc Medicine, which merged with US precision medicine firm Gemini Therapeutics last month, will make a downpayment of CNY10 million (USD1.4 million) and milestone payments at key development points, amounting to USD412.5 million, according to the deal penned between the two parties. There will also be commissions close to 10 percent of net sales once the drug hits the market.

9MW3011, which has been approved for clinical trials both in China and the US, is used to treat iron overload in patients with β-thalassemia and is expected to become the world's first macromolecular drug that regulates iron homeostasis in the human body, Mabwell said earlier.

The drug treats rare diseases and so it is expected to become an orphan drug, or a medicine that needs government assistance in order to be profitable, once it goes to market, Mabwell added.