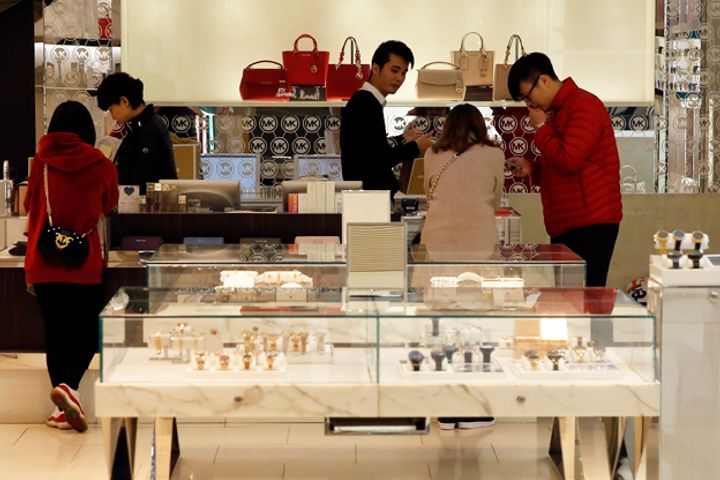 Mainland May Account for Half of Chinese Luxury Spending by 2025, Bain Says

(Yicai Global) March 20 -- Half of all Chinese spending on luxury goods could be in the mainland by 2025, according to a new forecast.

Domestic outlays on luxury items will continue to rise over the next six years after mainland purchases accounted for 27 percent or CNY170 billion (USD25.4 billion) of the total last year, driven by millennials and women, up from 23 percent in 2015, Bain & Co. said in a report titled What's Powering China's Market for Luxury Goods?

"The Chinese government's reduction in import duties and stricter controls over gray markets -- combined with brands' efforts to narrow the price gap with overseas markets -- have led more Chinese consumers to make their luxury purchases in China," Bain said, "instead of traveling to previous bargain locales such as Hong Kong, Seoul, Tokyo and cities in Europe."

But that doesn't mean Chinese consumers will dial back spending in overseas markets, the report added. They constituted a third of the world's luxury consumption last year, an increase of 1 percentage point from 2017.

China's market will continue to be strong and is expected to gain 10 percent to 15 percent this year, according to Bain Partner Bruno Lannes, who authored the report published yesterday.

The growth of different luxury brands varied last year, with the leaders growing more than 25 percent while others expanded less than 10 percent, the report said. Chinese consumers are spending more on luxury and are also becoming even more picky. Successful brands are better at capturing and catering to their needs, leading to a polarization of performance.

"The engines thrusting luxury goods sales in China may not be unstoppable," Bain concluded. "But they show no signs of stalling out."