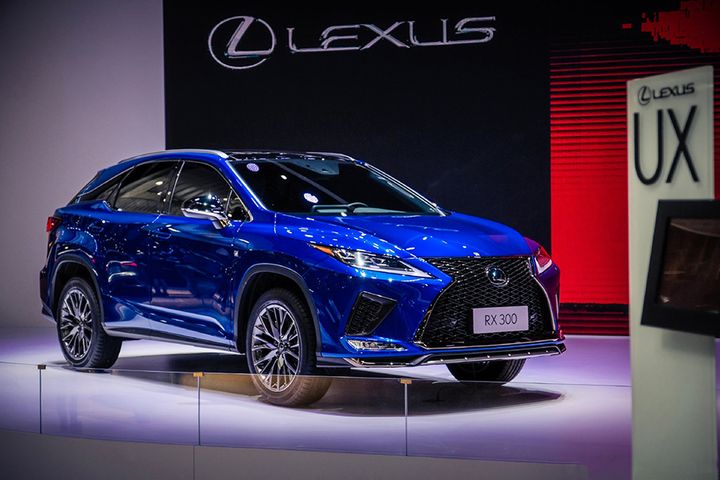 (Yicai Global) Sept. 25 -- Toyota Motor's luxury vehicle brand Lexus has made a bold move of hiking prices in China amid a marketwide slowdown in sales.

Lexus raised the base prices of its ES, UX, and NX models from CNY6,000 to CNY15,000 (up to USD2,106) in China to match the models' upgraded configurations, as well as multimedia and security systems, the Toyota-headquartered firm's unit announced last week. Prices of its popular ES sedans rose to at least CNY290,000 (USD40,723).

Last year, China's auto sales declined first the first time in almost two decades and many manufacturers have sought to boost sales by decreasing their prices.

Lexus boasts confidence in its brand, Cao He, president of Zhongrong Venture Capital Investment Fund Management, told Yicai Global. However, it may turn out too bold as even top-tier luxury marques are struggling to expand their market shares now, Cao added. Lexus is still considered a second-tier premium brand in China.

From January to August, Lexus sold 127,000 units in the country, an increase of nearly 25 percent from a previous year. Its sales growth exceeded those of BMW, Mercedes-Benz, and Audi. Based on sales, the Japanese brand is closing a gap between it and Cadillac, another second-tier luxury brand in Chinese terms.

Consumers who have booked but not yet received their cars have complained to Chinese dealers about the price hikes. Lexus will provide these clients with vouchers or merchandise to compensate for the difference, the marque told Yicai Global.