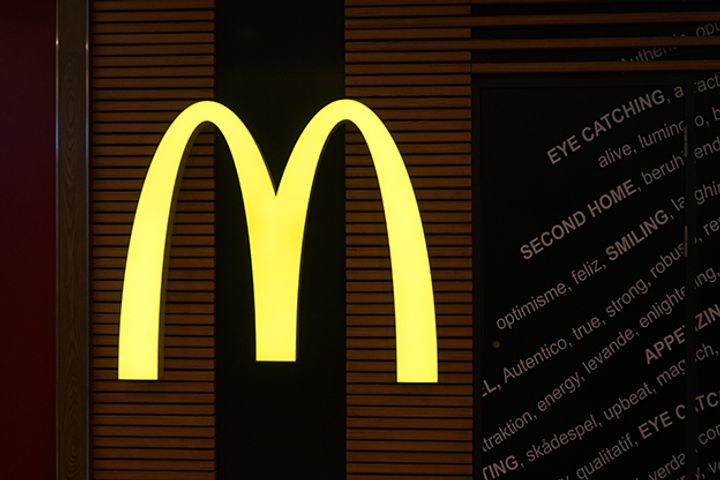 (Yicai Global) Jan.16 -- McDonald's Corp's iconic logo went viral on the internet in China after the fast-food chain changed its name to the Mandarin translation of the Golden Arches, Jin Gong Men, in Chinese, last October. The move was considered as a marketing event. However, Zhang Yichen, chairman of McDonald's China, told the inside story of the name change at the Asian Financial Forum in Hong Kong.

"The name change of McDonald's China is not for marketing at all. It's just a simple change of name, which happened to create quite a stir on the internet last year. The related news had 9 billion hits. It is like each Chinese reading six articles on the name change," Zhang Yichen said.

But it is just a casual decision, not a marketing event. "I was thinking of some other names, but the McDonald's headquarters in the US did not approve. The name 'Golden Arches' was just an impulsive decision, which unexpectedly became the hottest market event in 2017," Zhang noted.

Rapid changes in the Chinese market have far exceeded the expectations of McDonald's US executives. "The markets in China and in the US are quite different. The Americans are still eager for McDonald's drive-through. While Chinese consumers are into ordering online. The delivery orders for McDonald's China rose 81 percent last year, with the takeout sales in first-tier cities such as Beijing and Shanghai accounting for 25 percent," Zhang added.