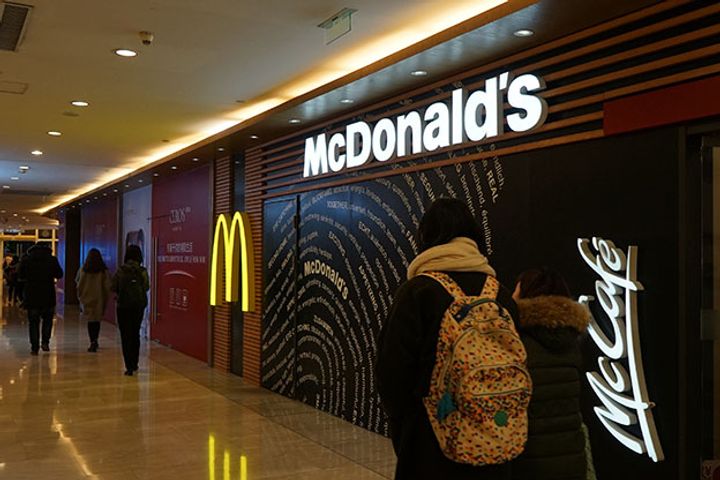 (Yicai Global) Jan. 22 -- McDonald's Corp. will develop 2,000 new outlets in China over the next five years through a partnership with Chinese real estate developer Sunac China Holdings Ltd., as part of the fast-food giant's plans to ramp up its presence in the country.

The Tianjin-based property firm will give McDonald's priority in site selection for new restaurants as well as access to its property development teams, while McDonald's will leverage its global brand image at Sunac properties, Xinhua News Agency reported.

McDonald's is ramping up business development on the mainland on an unprecedented scale, Zhang Jiayin, chief executive at McDonald's China. The number of new restaurants each year will increase from 250 in 2017 to 500 by 2022.

The US fast-food giant currently has about 2,700 restaurants in mainland China and Hong Kong.

Sunac China, McDonald's second Chinese partner after Citic, has approximately 200 million square meters of land reserves across China, with most land located in the most sought-after locations in first- and second-tier cities.