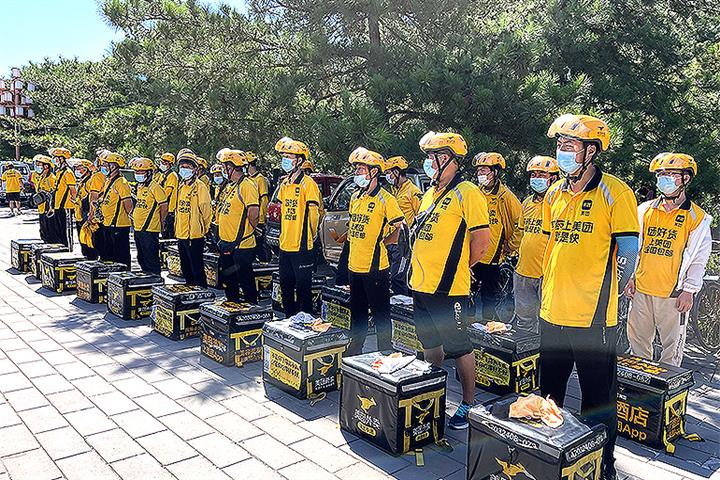 (Yicai Global) Aug. 17 -- Shares of Meituan rose after the general manager of marketing and public relations at Tencent refuted rumors claiming the Chinese internet behemoth plans to sell all or a bulk of its stake in the food delivery giant.

“It is not the first time that this foreign media press spread rumors about Chinese companies,” Zhang Jun said in a post on its WeChat moment. “Reuters is not at all a serious institution.”

International media outlet Reuters reported yesterday that Tencent, which owns 17 percent of Meituan, has been recently engaging with financial advisers to work out a way to execute a potentially large sale of its Meituan stake to “placate domestic regulators and monetize an eight-year-old investment,” citing sources.

Tencent’s sale of such a high stake in Meituan, whose market value exceeds CNY1 trillion (USD147.4 billion), cannot be carried out quietly, Pan Helin, a researcher at the International Business School of Zhejiang University, told Yicai Global. On the other hand, Meituan’s traffic support would be significantly reduced without traffic sources from Tencent, he added.

Meituan’s stock price has been affected by regulatory crackdown and investment reduction in the past year. It has fallen about 43 percent from its record high of HKD300.

Pan believes that Shen’s equity reduction is based on the macro prospect that the global generosity on technology stocks is declining.