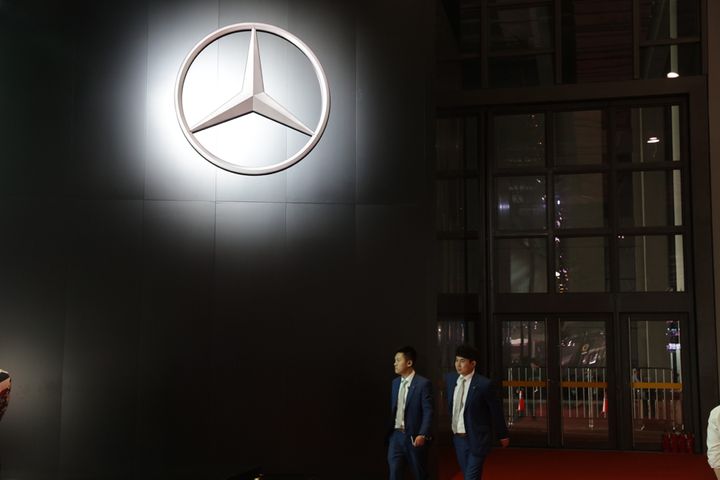 (Yicai Global) May 28 -- Mercedes-Benz (China) Auto Sales and Beijing Benz Automotive will recall 615,000 cars of their C- Class and E-Class models over safety concerns with their shock absorbers and tires.

About 300,000 Chinese-made E-Class two-wheel drive models and 45,000 E-Class models will be recalled by Mercedes-Benz from Oct. 25, a press release posted on the website of the State Administration for Market Regulation yesterday shows.

The carmaker, which is a division of Stuttgart, Germany-based automotive juggernaut Daimler, will recall around 270,000 Chinese-made and imported C-Class two-wheel drive models made between 2014 and 2017.

Strong external forces may damage and deform the front shock absorber of the affected models, with fracture possible under extreme conditions, which is a potential safety concern. Latent defects also lurk in some vehicle tires.

Mercedes-Benz has issued frequent recent recalls in China over quality issues. It announced one last week for 42 imported E-Class and S-Class models over non-functioning lock catches in front seat belts and 6,406 for imported C-Class and E-Class models because their front passenger seat backs failed to properly lock.

Other quality problems have also bedeviled the company of late. A video of a distraught woman sitting atop her fresh-from-the-showroom Merc crying in the northwestern Chinese city of Xi'an was widely circulated online last month. She had found oil leaking from the engine even before she drove off the lot. The store refused a refund or replacement car. The woman also accused the dealer of gouging her with exorbitant financing fees, for which actions regulators slapped it with a USD145,000 fine.