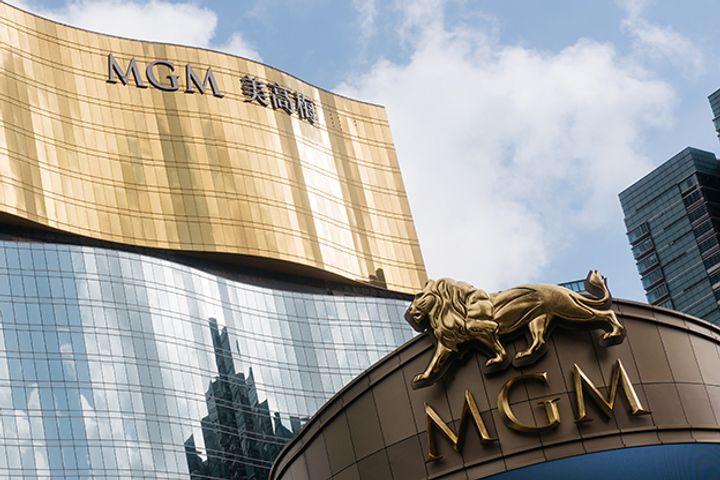 The Chinese special administrative province is promoting local tourism at the moment, Wang Zhiqi, MGM's chief financial officer, told Yicai Global in an exclusive interview, adding that the company will adopt a diversified business pattern to split its focus between conference services and entertainment at the new venue.

MGM is somewhat of a latecomer to the Chinese hotel market and hasn't expanded as fast as its competitors, such as UK-based InterContinental Hotels Group Plc and France's Accor SA, which run over a hundred hotels in China. The smaller chain plans to speed up its expansion in the country, Wang said, adding that it has a dozen hotels in the works. The company will also look to bring in capital to break into second-tier cities and build resorts in key scenic areas to take the number of Chinese hotels it runs to around 10.

Major international hotel groups are competing fiercer than ever in China. Hilton Worldwide Holdings Inc. [NYSE:HLT] and Plateno Group Ltd. have both branched into the middle-end market and Accor has partnered up with Shanghai-based Huazhu Hotels Group Ltd. InterContinental also has plans to expand by franchising its Crowne Plaza, Holiday Inn and Holiday Inn Resort chains.

"Of course we've noticed the scale of our rivals," Wang added. "But we pay more attention to profitability and investment returns, rather than dwell on size. In future, we'll step up our business in China and kick off overseas development strategies -- we've already opened one Diaoyutai hotel in Frankfurt."

MGM currently runs three hotels in China via a joint venture with Beijing's historic Diaoyutai State Guesthouse, and has plans to open a fourth soon. The two began integrating some of their businesses after setting up the new company, insiders said, granting it the rights to develop under the name of MGM, Diaoyutai, Bellagio or Skylofts, a hotel apartment brand.