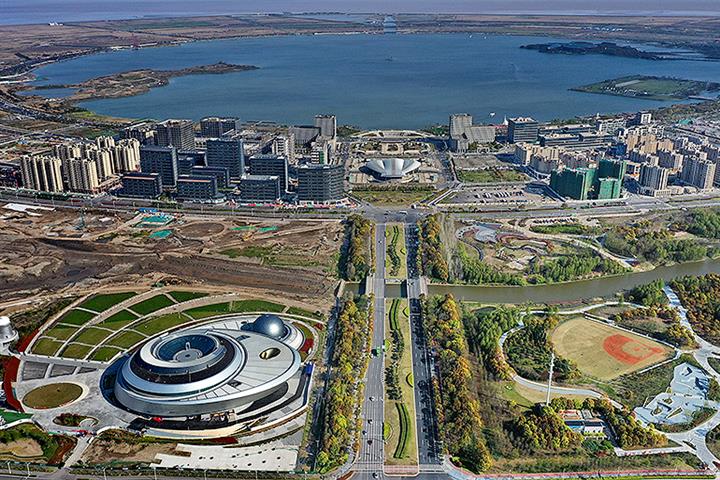 (Yicai Global) May 13 -- Milkyway Chemical Supply Chain Service, a leading chemicals shipping agent, has become the first firm in the Lingang New Area of Shanghai’s free trade zone to set up a combined local and foreign currency cross-border capital pool since the pilot scheme was introduced a few days ago, the Shanghai Securities News reported today.

The new measure was introduced on May 8 as part of 50 other financial initiatives to boost the free flow of capital and free exchange of currencies in the FTZ district, marking an initial and important step towards permitting capital account convertibility in China.

Previously, multinational companies operating in the country needed to open separate yuan and foreign exchange accounts, under the management of the People’s Bank of China and the State Administration of Foreign Exchange respectively. That made cross-border collections and payments inconvenient for companies and increased exchange costs.

"It functions in the same way as a firm's finance center, allowing businesses to allocate their capital without the need to apply for separate licenses," he added. "It is quite a valuable measure as China has yet to fully allow capital account convertibility."

Overseas firms can also benefit from the new scheme if they open a free trade non-resident account.