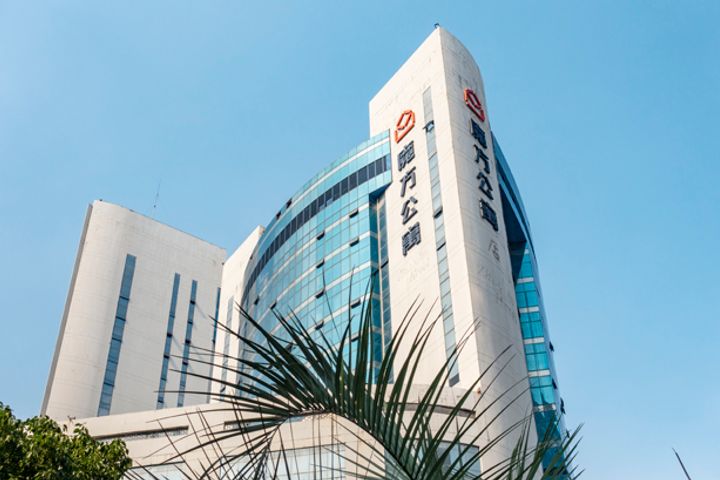 Founded in 2009, Shanghai-based MoFang is one the earlier operators to have forayed into China's long-term apartment rental sector. It has over 400 outlets nationwide and manages over 70,000 rooms in Beijing, Shanghai, Shenzhen, Hangzhou and Chengdu and other major cities.

Long-term apartment rental is an emerging sub-sector of the real estate market. Operators of the the centralized model build apartment blocks on land they own, or take over, remodel and rent out an existing building. Those applying the decentralized model rent individual units from owners and renovate and furnish them, then lease them out as separate single rooms.

MoFang provides its tenants with travel, office, fitness, catering and supporting facilities such as staffless supermarkets and printing shops within the local community to fulfill their diverse living demands.

The revenue from after-rental life services now makes up only about 5 percent of that of China's apartment rental sector, and though MoFang has already raised this ratio to 10 to 20 percent, much room still remains for growth, said Meng Ann Lim, Singapore-based head of Private Equity Asia Pacific at CDPQ.

Long-term apartment rentals, which got off to a late start in China, now make up less than 10 percent of the entire market, Lim said. This is much lower than the 60 percent common in Europe and the US.

China's long-haul unit leasing business has developed from rough management to refined operations just within the past few years, during which time leading players like MoFang have also completed their branding, Lim noted, adding competition in the sector will next focus on asset management capability.