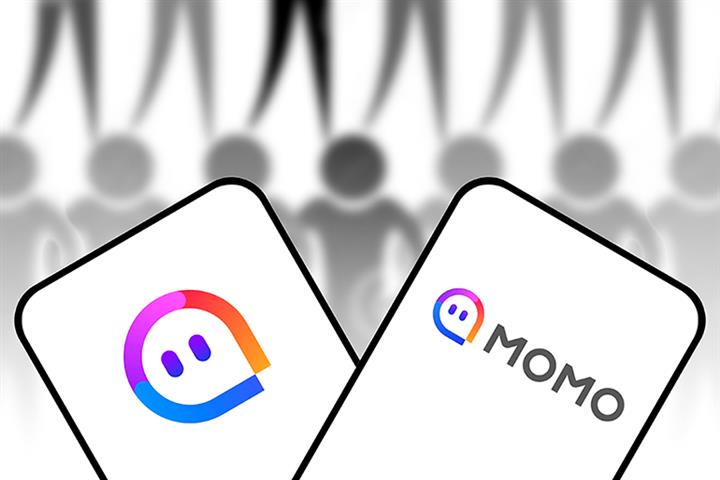 (Yicai Global) May 28 -- Chinese social networking and entertainment app operator Momo reported a 21st straight quarter of profit growth thanks to lower costs and expenses and a gain in income from value-added services.

Defined by China’s shutdown in response to the coronavirus outbreak, the first quarter “was a challenging and yet very fruitful quarter for Momo,” Chairman and Chief Executive Yan Tang said.

The firm expects revenue this quarter to range between CNY3.8 billion and CNY3.9 billion, a decline of between 6.1 percent and 8.5 percent from a year earlier, taking into consideration the potential impact of the pandemic.

"Despite the macro headwind, we are seeing plenty of growth opportunities ahead of us,” Tang said. “We will continue to pursue these opportunities and drive value for our shareholders."

Momo’s revenue from live video service was CNY2.3 billion in the first quarter, down 13 percent as a result of Covid-19 adversely affecting the sentiment of paying users, especially among the top of the paying user pyramid. Income from mobile marketing and mobile games was CNY572 million and CNY1.27 million, respectively.

Monthly active users fell 5.6 percent to 108 million in the quarter from a year earlier, while total paying users of its live video service fell 8.6 percent to 12.8 million.