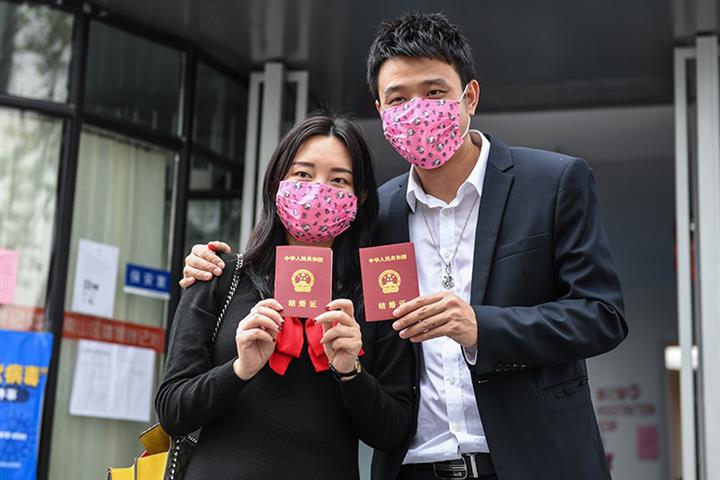 (Yicai Global) Feb. 9 -- China’s skewed sex ratio at birth is becoming more pronounced, with as many as 1.17 boys being born to every girl in the 2000s, meaning that numerous Chinese men might never marry, according to a recent study.

There were 10 more boys to every 100 girls born in the 1990s and 17 more in the 2000s, according to Yicai Global’s sister financial research firm DT Caijing, which used data from a population sample survey conducted by the National Bureau of Statistics in 2019. This is a big increase from the 1950s to 1980s when there were between three and nine more boys per 100 girls.

Last year alone, out of 10 million newborns, there were 550,000 more boys than girls, according to the National Names Report 2020 released by the Ministry of Public Security of China on Feb. 8.

There are about 240 million singletons in China, most of whom are men, the Ministry of Civil Affairs said recently. Around a third of these live alone and this figure is expected to rise to 92 million by the end of this year.

The results of China’s last national census in 2020 have not yet been released.