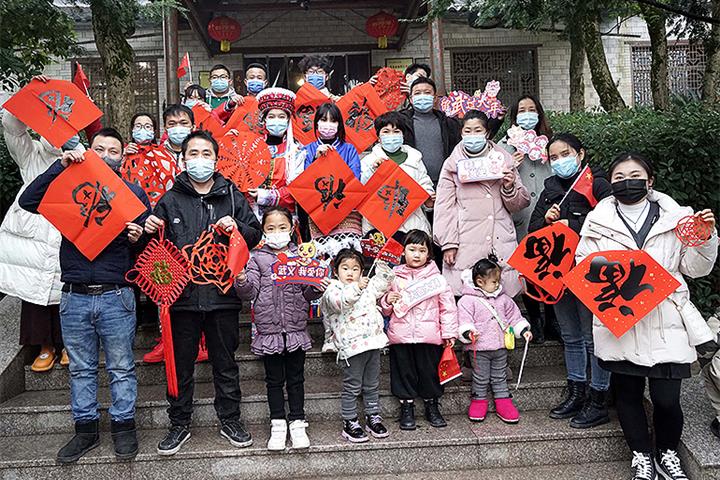 Twice as Many Chinese to Head Home for Lunar New Year Despite Call to ‘Stay Put,’ Study Finds

(Yicai Global) Jan. 17 -- Despite the Chinese government’s exhortations for a second year in a row for people to remain in the places where they work over the upcoming Chinese New Year holiday in a bid to stem further outbreaks of Covid-19, the ‘stay put’ request is expected to have less influence this year, according to a recent study.

Around twice as many people are likely to head home this Spring Festival, which lasts from today until Feb. 25, than last year, according to the country’s top investment bank China International Capital Corp. Figures from the Ministry of Transport expect 1.78 billion people to travel, up from 840 million a year ago.

Over 72 percent of people “intend to return to their hometowns and spend the New Year holiday there, if conditions permit,” a significant increase from last year’s 50 percent, according to a survey by microblogging site Weibo. As a further disincentive to stay behind, local governments are granting fewer subsidies to those who don’t travel over the Spring Festival this year.

The retail, transport, logistics and hospitality sectors all did very badly during the first quarter last year due to the country’s ‘stay-where-you-are’ policy, with their gross domestic product rising just 0.2 percent from the previous quarter, Beijing-based CICC said.

But the pandemic’s impact on the economy is less than what it was a year ago due to better and more targeted prevention and control measures, CICC said. This is partly because the Chinese government is constantly asking local health authorities to minimize the impact on businesses and people’s daily lives.

There have been over 100 new cases of Covid-19 a day in the last few days, similar to the same time last year. However, the index related to the strictness of China’s pandemic control currently is 70.8 percent, lower than last year’s 78.2 percent as the vaccination rate has jumped to 202 doses per 100 people from 0.6 doses the same time last year, according to University of Oxford data.