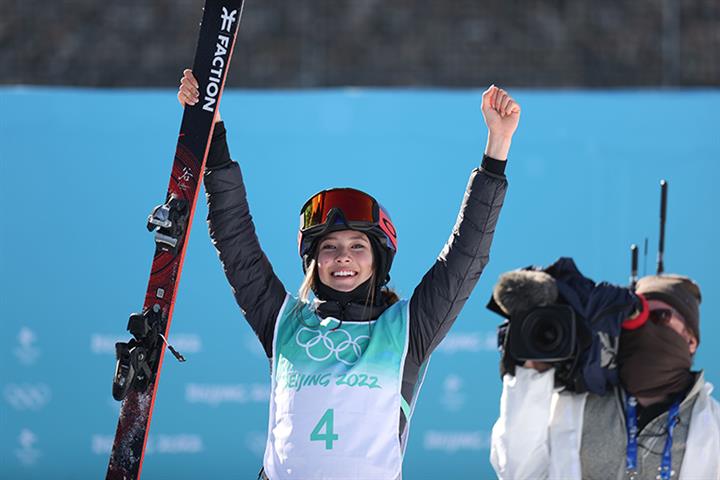 (Yicai Global) Feb. 8 -- Team China's skier Eileen Gu, who is already the face of French cosmetics giant Estée Lauder, US luxury carmaker Cadillac and US jewelry designer Tiffany & Co. among others, can expect to be signed up by many more big names after her resounding victory in the women’s freeski big air final at the Beijing Winter Olympic Games yesterday.

18-year-old Gu, who was born in California but has competed for China since 2019, is spokesperson for 23 brands and reportedly earns USD1.8 million for each endorsement since she won two gold medals at the X Games and World Championships last year.

Her commercial earnings to date may amount to CNY220 million (USD35 million), although she has to share an unknown percentage with her agency, International Marketing Group unit Endeavor, which also represents other Asian athletes such as China’s Li Na, Japan’s Nishikori Kei and South Korea’s Chung Hyeon.

Yet before 2020 she represented only seven brands. One of these is Chinese dairy giant Mengniu which picked Gu as its spokesperson in December 2019, saying that her tough mentality of challenging herself is in line with Mengniu’s slogan of “born for greatness.”