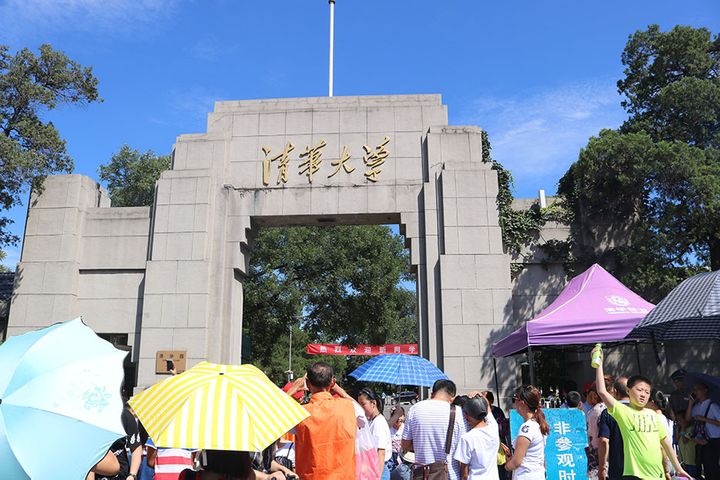 (Yicai Global) July 1 -- Most of Chinese high school graduates who pursue post-secondary education wish to go to Beijing's Tsinghua University, making it the hardest one to get into, according to a report based on student enrollment data.

Tsinghua University's average admission scores for social science, natural science and liberal arts, were the highest over a decade, a study that the social studies center at Shanghai's East China Normal University did regarding the period between 2008 and 2017 shows.

Chinese third-level education institutions alter their minimum admission scores each year based on applications that are ranked by the national college entrance exam that each Chinese high school student who wants to pursue college or university studies takes part in. Therefore, the best schools have the highest scores.

Schools that are strong in many subjects, as well as those focusing on finance and languages, were particularly popular, the report reveals.

Seven out of the top 10 institutions were in Beijing and Shanghai. Those located in coastal regions, as well as municipalities directly administered by the central government, were also more desirable than others. The two megacities are clusters of elite schools but they also provide good career prospects, a specialist suggested in the report.

However, Guangdong province, the most competitive Chinese region in terms of growth of gross domestic product for the past 30 years, does not have a top 20 college. Its best school Sun Yat-sen University in Guangzhou came in 23rd on the list.