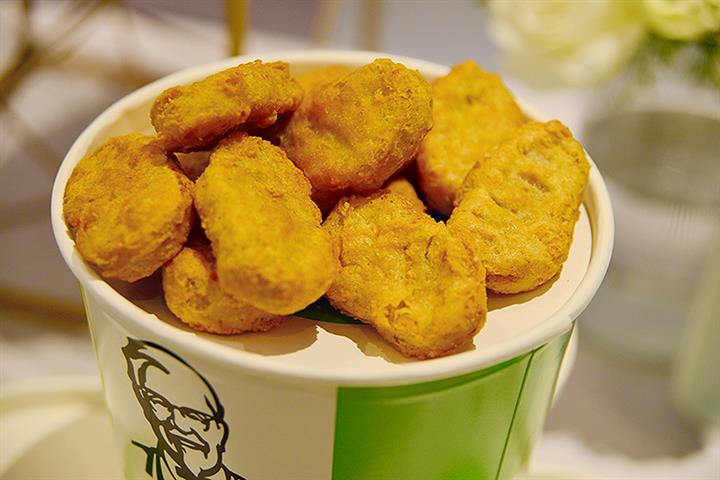 (Yicai Global) May 21 --The outlook for China’s ersatz meat market remains to be seen, most industry insiders say, though Nestlé, Starbucks and KFC and other global corporations have begun trials of these products in the country.

Nestlé China yesterday announced a CNY730 million (USD103 million) capital increase in its first production line for plant-based products in Asia in China’s eastern port city of Tianjin, which is set to start production in the second half. This factory is the Swiss firm's first clear move in China's fake meat market.

Ever more food giants have started to trial sham meat projects since the year's start. Starbucks unveiled various such products like lasagna with bogus beef, while KFC is beta testing mock meat-made chicken nuggets at some of its China stores. The concept of artificial meat has led to much novelty-seeking consumption in China, with many products sold out soon after appearing on shelves.

Food companies are still wary of marketing faux flesh, however, and comprehensive plans for its promotion are rare, as it is only in its budding stage in the Chinese market, insiders said.

The advantages of these veggie viands still fall short of attracting hordes of domestic consumers and a staple product ready for dining tables is also not yet to hand, said Li Shaobo, chief marketing officer at Beijing-based Vesta Food Lab, the first domestic artificial meat tech firm that has managed to raise money from venture capital. The plant-based alternative lacks advantages to real meat in pricing, while uncertainties over industry standards also arouse concern, Li added.

Shelling Out on Peas

Plant meat makers spend more on research and development as well as the imported soybean and pea protein used as raw materials, Wang Zhanjun, the executive general manager of Tianjin Meikang Food, one of the pioneers in China's mock-meat market, told Yicai Global. As a result, China’s market will not grow quickly, Wang said.

Some industry insiders are optimistic about prospects, though.

The value of artificial meat does not lie in its taste, said Zhu Danpeng, a researcher at the China Brand Research Institute. It is free of many of the problems associated with the real McCoy and will target different groups as the market matures, Zhu said. As a supplement to actual meat, imitation meat is in synch with the current environmentally-friendly trend as it is not cyclical, produces less pollution and is easier to manage and control.