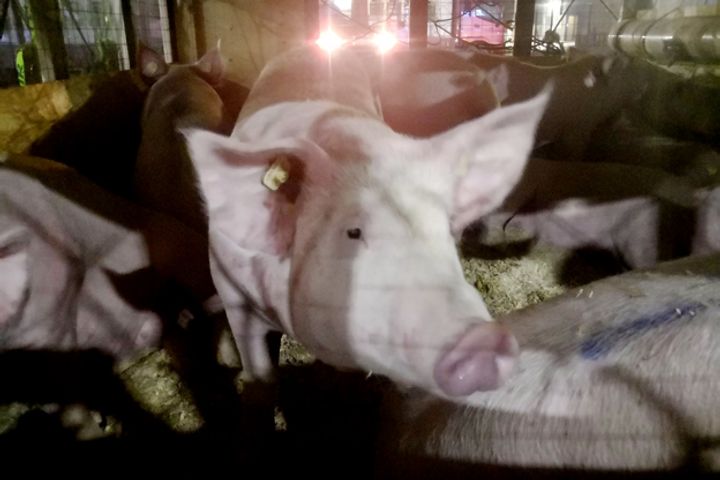 (Yicai Global) June 4 -- Nearly 1,000 breeding pigs imported to China from the US have successfully completed the quarantine inspection and have been released into the market, said state-run news agency China News Service. It comes at a time when China has threatened to slap tariffs on pork meat imports from the US.

Some 975 breeding pigs imported from the United States for the first time by the authorities in southwestern Sichuan province, one of China's major hog-breeding regions, have completed a 45-day quarantine inspection today and obtained the Certificate of Inspection and Quarantine of Inbound Goods issued by the customs and have been formally released, according to the report.

China said in March that it considers imposing an extra 25 percent duty on pork products and recycled aluminum in response to US tariffs on steel and aluminum. China plays an important role in the global pork market due to its high demand. Some Chinese farmers suggested that with the proposed tariffs, importing pork from the US would not make commercial sense, according to media reports. Beijing and Washington held trade talks in Beijing last weekend to resolve their trade dispute.

The batch of imported pigs passed the quarantine at the designated isolation site in Yuanshan town, Guangyuan City, northern Sichuan, paving the way for the first time for a province in southwestern and western China to introduce breeding pigs from the US.

During the quarantine, a total of 15 unqualified pigs were eliminated by culling and conducting harmless treatment in accordance with the regulations. The final quarantine pass rate reached 98.5 percent.

The batch will provide excellent breed resources for the domestic pig breeding industry and ramp up the pig production capacity in Sichuan province, they said. It will also help the income growth and poverty-alleviation of local farmers.